Why racing is getting such a bad deal from sports betting 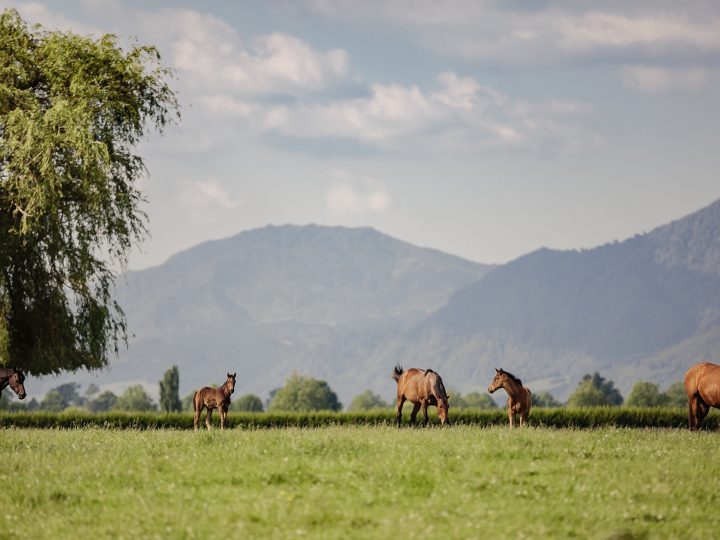 While everyone accepts change over a long period of time is inevitable, the transformation of the NZ TAB from its founding days in 1951 to what it has evolved into now is incomprehensible.

The TAB was founded by the racing clubs to enhance racing and benefit the sport of racing nationally. It did that for a long time but in its current form it’s having an arms-length relationship with racing and watering down the racing spoils in favour of sports.

In the days before all this forever changing technology made the world a smaller place, racing dominated the betting dollar in New Zealand to such extent that Golden Kiwi Lottery was the only alternative to anyone wanting a flutter.

The rugby, racing and beer culture was as much a truism of its time then, as much as it’s a distant fable today. Both racing and rugby drew the big crowds before we had live telecasts and then internet streaming through technology that seems to change faster today than the speed of light.

A cultural shift over many years and globalisation and seen the betting dollar reduce on racing from a one-time ninety per cent plus to somewhere in the teens following the introduction of lotto, casinos and gaming machines, scratchies and off-shore global bookmaking websites which has lured millions of New Zealand betting dollars off-shore because the big corporates offer better incentives to join up through and their size and scale.

What was happening in New Zealand was also happening globally but the difference is that most other horse racing countries have adapted and moved with the times. New Zealand stayed in a time warp and to a large extent still is in that time warp.

We are the only racing country in the world, for example, building a supposed state-of-the-art Fixed-Odds-Betting platform solely for a domestic market – a small market to boot.

It wasn’t that long ago that Hong Kong was a colonial outpost for racing where the world exported second rate horses, mainly from Australia and New Zealand. Today it stages some of the best racing in world from which it not only exports pictures to a global television audience but also attracts global betting.

Japan is now a world force in thoroughbred racing and breeding, producing stallions good enough to export around the world and racehorses good enough to win the Melbourne Cup and other international events.

Australia has also made a huge global impact. It attracts world attention and massive betting for its racing in both the spring and autumn, shuttles more stallions globally than any other nation and now also produces racehorses good enough to travel to England to win some of their best races.

So why is it that New Zealand has declined in the rankings of thoroughbred racing and producing countries when the aforementioned nations have all adapted and globalised their product to the best advantage?

The reasons are many and varied and complex. Some have been discussed on a number of occasions in previous issues of The Informant but one that hasn’t been examined to any extent is the non-promotion of racing and the gradual hi-jacking of the TAB by the sporting codes.

Why would these two issues be a factor, you might ask? Because to sell racing globally or even keep it straight-lining domestically it needs to be constantly promoted to not only look after the stake holders earning their living from it but promoted in a way to bring new, young people into the industry.

Anyone who goes to the races, and today that’s not a great number, will have noticed the average age demographic rising on an annual basis. Attempts to bring young people to the races has been tokenism, at best, and have centred more on the consumption of Champagne than the longevity of racing.

For a couple of years now, NZRB CEO John Allen has been espousing his belief that by attracting people to bet on sport you will eventually convert them to racing, but if you believe that then you probably still think the earth is flat and that Elvis is living the quiet life in Akaroa.

It’s the excuse we are supposed to swallow to defend the quiet hi-jacking of the NZRB by sporting people as opposed to racing and the spending of the majority of the advertising and promotion spend on sports promotions.

If you have wondered why gaming and sports betting has been marginally increasing in the TAB figures while betting on horses and dogs have been declining then that’s the reason. In the past two annual reports of the NZRB the combined figure for advertising and promotion tallies up to $15.6 million – most of it on sports events.

Between the last two annual reports betting on horses and dogs decreased by $50 million. Gaming and sports betting showed increases.

Neither of those two annual reports gave any explanation of what the advertising and promotions money was spent on but when told by a reliable source that over $1 million had been invested on a Joseph Parker fight promotion, from which very little was returned in proceeds to the TAB, I requested the details using legislation of the Official Information Act (OIA).

The upshot of the exercise was that when a ream of papers eventually arrived, a tree had grown, been chopped down and turned into paper for no reason. The essential information had been redacted – blacked out by the NZRB on a discretionary basis under the Act’s powers to withhold what they deemed to be sensitive information.

Add to the adverting and promotion spend what the NZRB is spending on the Fixed-Odds-Betting platform which is already up to $39 million, and which is being built largely to accommodate sports betting, and you come to the conclusion that racing has been and still is the victim of on-going grand larceny.

Another example of the cannibalisation of the promotion of racing is that the space purchased by the TAB to publish race fields in newspapers has been halved over the past three years – from $2 million spent in 2015 to an estimated $1 million in the current financial year.

At the ‘Industry Conversation’ at Riccarton two weeks ago John Allen could not put a figure on what the World Cup promotion had cost which was advertised on mainstream television but he did confirm that the cost of it would not be taken out of the profits to be handed back to football. In other word, the codes were paying for it, and it was free to enter.

Why should money earned from horse and dog betting be used to promote betting on sports from which the profits subsequently returned to the racing codes amount to only a miserly net two percent? And, as the NZRB increase its sports promotions and consequently sports turnover does anyone think that more sports organisations are not going to put out their hands up for a bigger slice of the pie?

The Rugby Union has already made verbal overtures for a better deal so how long will it be before an official demand is forthcoming?  If the current board was allowed to continue, would they be seeking a name change from the NZRB to the NZSRB – google NZ TAB and the link to click-on already says ‘sporting and racing.’

In August of last year when the last NZRB board appointment was made the person appointed was Bill Birnie who came in from a background of sports directorships. The anomaly is that Birnie was not on the original list of potential new board members circulated to the codes – his nomination was late and in clouded circumstances.

The point is, thoroughbred racing takes a backseat in both its promotion and its administration at NZRB board level. Under the current Act the thoroughbred code gets one seat out of seven yet it contributes by far the biggest slice of the turnover pie – the Racing Act 2003 has, after 15 years, delivered us to this point of unsustainability and hardship for its participants.

The wrongs have to righted with a new board, new legislation, a new plan, racing money used to promote racing with a global mindset. Administrators who understand the business both domestically and globally are imperative for a better fiscally viable racing future.

Could a massive income potentially be waiting off-shore by developing tiered levels of racing such as the system that exists in NSW with metropolitan and provincial racing. New Zealand has a unique time zone advantage that could produce a weekly or twice weekly meeting on two or three courses only that are promoted back into Hong Kong and other venues – do a Hong Kong on Hong Kong.

It seems a long way away from the poor television images that our racing currently sends to Australia showing run-down venues, shabby backdrops, heavy tracks and the postponements that we all know about, but nothing will change the time-zone and its potential.

Hong Kong works because they have two racecourses which produce consistent racing services for the form analysts and they bet more than eight times per head of population than Kiwis bet. Big punters have from around the world have gravitated to Hong Kong because the pools are big and the results more consistent.

Racing commencing in New Zealand at a 12.30am start with a four-hour time difference would offer Hong Kong punters a product to bet on from 8.30 am – we are a long way from being there but it’s where we should be aiming.