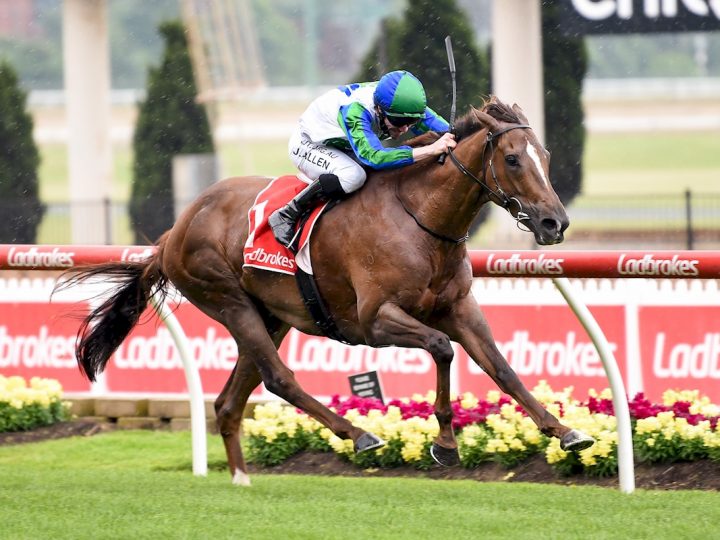 Stakes success for West Wind looks like a formality after the Pins mare added to an already impressive record this evening at The Valley.

The patiently-handled 5-year-old won for the sixth time in her 11-start career when she lumped 60kg to victory over 2040 metres, in the process giving the runner-up and last season’s G1 Schweppes Oaks placegetter Affair To Remember 1.5kg.

Bred by Waikato Stud who remains in the ownership, West Wind is trained by Ciaron Maher and David Eustace and was ridden by regular partner John Allen.

The daughter of Pins is out of the Danasinga mare Zephyr Song, who was unraced but has done an admirable job in the broodmare role.

She has also produced Wild Wind’s sister Whistling Dixie, who won the G3 Eulogy Stakes while another sibling Mark Two was runner-up in the G2 Sir Tristram Fillies’ Classic.

Atmosphere, a half-brother by Savabeel, won the Listed UCI Stakes and as Victory Magic was second in the G1 Champions & Chater Cup in Hong Kong.