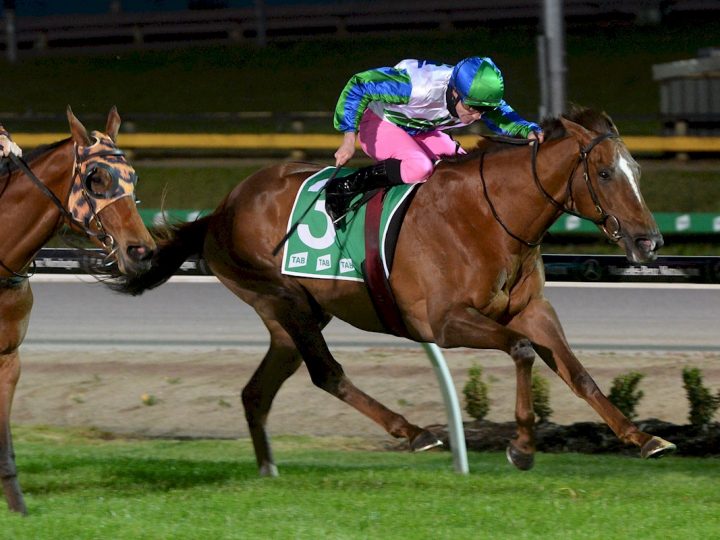 West Wind continued on her winning way at Cranbourne last night with another dominant performance.

The Waikato Stud-bred and raced daughter of Pins went back-to-back with success over 2025 metres in the Pinker Pinker Plate.

West Wind had won her previous start for trainers Ciaron Maher and David Eustace over a middle distance and it seems only a matter of time before she is given the opportunity to add black type to her record.

She has now won five of her 10 starts and has proved herself to be versatile as far as track conditions go with winning performances on top of the ground and on rain-affected surfaces.

A half-brother Atmosphere, a son of Savabeel, won the Listed UCI Stakes and as Victory Magic finished runner-up in the G1 Champions & Chater Cup in Hong Kong.

Zephyr Song is a half-sister to the two-time Group 2 winner Glenview and she is the dam of the G1 South African Derby winner Timber Trader.