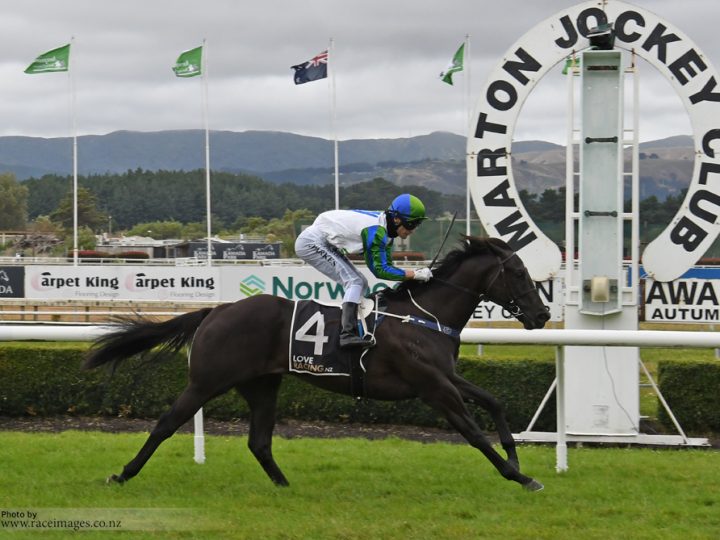 I Wish I Win had looked good winning both of his trials and he had no trouble replicating that form on race day with a stylish debut performance at Awapuni this afternoon.

The Waikato Stud-bred and raced 2-year-old was caught three wide early before settling outside of the leader and he finished off strongly for rider Johnathan Parkes to land the major spoils in the HR Jones & Co Juvenile.

I Wish I Win is trained by Jamie Richards and there was understandably an air of confidence in the son of Savabeel’s prospects.

“He’s a horse that has looked very good and we’ve all got a lot of time for him,” he said.

“I said to Johnathan that ideally, we would like to teach him a bit and get some cover, but if it was going to be cat and mouse and no tempo to be positive.”

I Wish I Win is a half-brother to G3 Premier’s Cup winner Another Dollar while his brother and stablemate No Limits, who has yet to win in a brief career, was bought by Te Akau’s David Ellis for $1.4 million at Karaka in 2019.

Their dam is the Pins mare Make A Wish, who has missed to Savabeel for the last two years, and she is a half-sister to the winner and G1 NZ 1000 Guineas runner-up Ambitious, who has produced the G3 Gloaming S. winner and G1 Australian Guineas second Strike The Stars.

Make A Wish is a daughter of the dual G3 winner and G1 placegetter Starcent and the family of the dual group 1 winner Sacred Star, G1 Spring Champion S. winner Vanbrugh and current form added by the G3 City of Auckland Cup winner Savvy Yong Blonk.