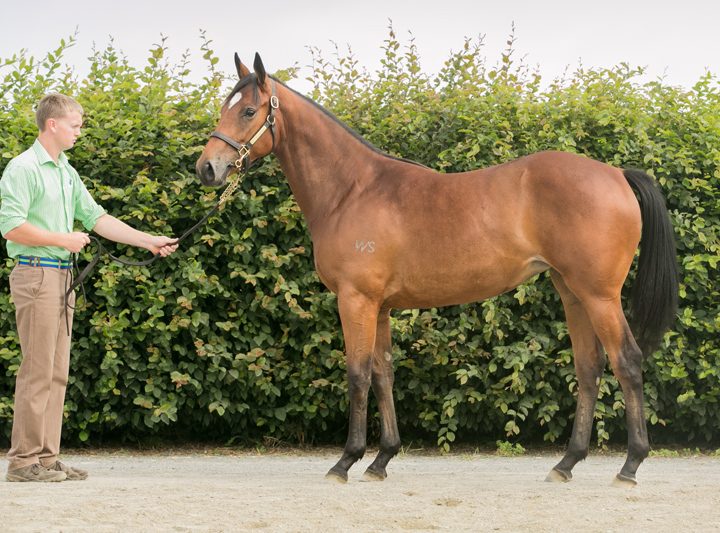 Pins - Rose Red Filly
After comfortably retaining their leading Premier Sale vendor title, Waikato Stud made a strong start to the Select session. Their first offering was a son of O’Reilly out of a winning Thorn Park mare who was snapped up by the Hong Kong Jockey Club for $240,000.
The good-looking colt’s dam is a half-sister to the Group performer Kiwi Lady and the family of the Gr 1 New Zealand Derby placegetter Glorious Lad. He was signed for by Mark Player, on behalf of the HKJC.
Australian interests successfully chased down a son of Savabeel and a daughter of O’Reilly at $140,000 apiece. The colt, who is out of a half-sister to the former Singapore champion performer Onceuponatime, went to Proven Thoroughbreds of New South Wales while Eagle Farm trainer Liam Birchley signed for the filly. She is out of a sister to the Group Three winner Stickpin.
A Pins filly also took the astute eye of Graeme Rogerson and he parted with $110,000 for daughter of the Centaine mare Rose Red. She is from the family of the Group Three winners Tootsie, also placed at the elite level, and No Excuse Maggie.
WS sold 40 Premier yearlings for $6,860,000 at an average of $171,500 and the Matamata farm had the honour of presenting the sale’s top-priced colt. Their son of Fastnet Rock and Dance On By was purchased by Duncan Ramage for $600,000.
Back to all news
SHARE
Recent News