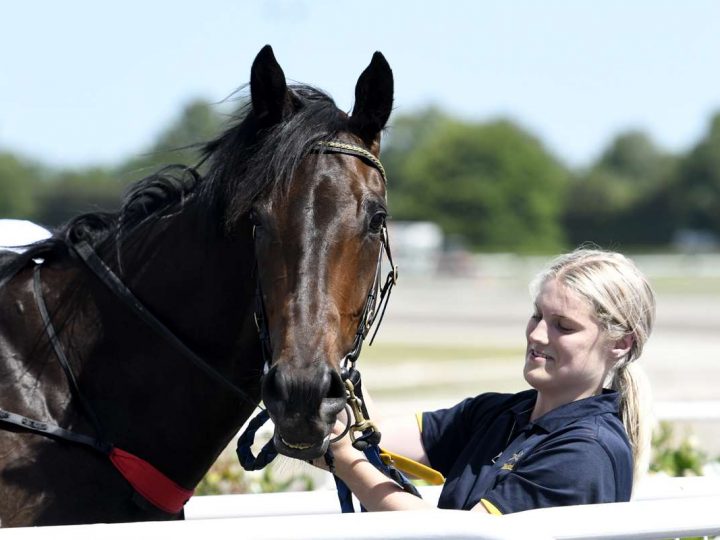 The Mayor’s luckless run in the Group 1 New Zealand Derby (2400m) convinced his New Zealand connections to try their luck across the Tasman.

The three-year-old is now with champion Sydney trainer Chris Waller and will debut from his new quarters in Saturday’s Group 1 Rosehill Guineas (2000m).

“His last two runs have had a lot of merit,” part-owner and bloodstock agent Michael Hughes said. “He was trapped wide in the Avondale Guineas and then Plan A, B, C and D didn’t work out in the Derby.

“By the time they got to the top of the straight I think Rory (Hutchings) was on to Plan E.”

Despite pre-race hopes going awry, The Mayor still managed to clock the fastest closing 800m of the field in coming from the back for fourth.

“His effort strongly suggested we push on to the Australian Derby,” Hughes said. “The horse has come a long way in a short time.”

Hughes races the gelding with Taranaki brothers Cam and Chas Stewart, who are now based on the North Queensland coast at Noosa where they run a seafood business.

“He’s going to get a lot better with more time, all the family has, but they’re only three once so we’ll be having a go,” Hughes said.

By Rock ‘n’ Pop, The Mayor is out of the Lord Ballina mare Soph who won 10 races and was stakes placed. She is a sister to the Group 1 Auckland Cup (3200m) winner Titch.

“Whatever happens, he’ll have a long spell after this. I wouldn’t mind him doing that here and then see whether he goes back to Chris,” Hughes said.

“I’ve had long-standing relationships with both Chris and Lance and Andrew.” – NZ Racing Desk.