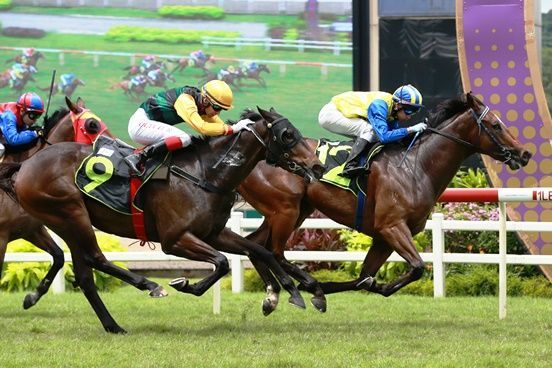 Promising Rock ‘n’ Pop three-year-old Autumn Assault has returned in a blaze of glory at Kranji.

The David Kok-trained three-year-old was a winner last season and resumed with a dominant victory over 1100m on Sunday.

“I knew he would run well today, but I was a bit worried he did not have a shoe on in front,” Kop said.

“He lost it a few times and I had to cement it instead, but he seems to have handled that well.

“The horse came back in good shape after the two-year-old races.

“He will be my three-year-old horse next year, but before that, I will be aiming him at the Saas Fee Stakes at the end of the year.

The Gr.3 Saas Fee Stakes (1200m) is a race open exclusively to three-year-olds for the first time this year and will be run on November 9.

Autumn Assault was purchased at the Ready to Run Sale at Karaka for $45,000.

His dam is the Encosta de Lago mare Summer Daze hails from the family of the Gr.1 Goodwood Handicap winner Marstic.