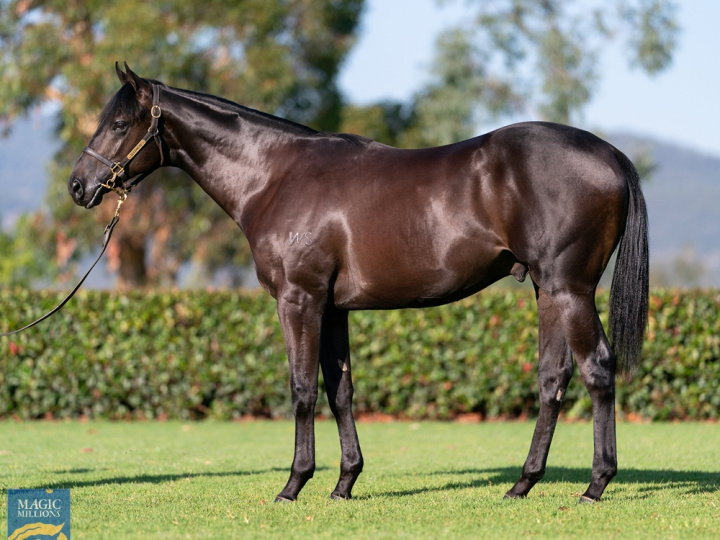 A Waikato Stud bred son of Almanzor from one of the Matamata nursery’s leading families attracted widespread interest when offered during the opening session of the Magic Millions Gold Coast Yearling Sale.

Presented as Lot 123 by Sledmere Stud on behalf of the Chittick family, the colt was the subject of spirited bidding before he was knocked down to respected judge Duncan Ramage.

The youngster is out of the Savabeel mare Hurry, whose dam Rush is a sister to the G3 Ascot Vale S. winner and G1 Ascot Vale S. runner-up Splashing Out.

She done an excellent job as a broodmare having produced the G2 Manawatu Challenge S. winner Splurge, whose half-siblings Shopaholic and Packing Pins have also been Group winners.

Also featuring under the third dam Iguazu, twice successful at Group 3 level, is Waikato Stud’s four-time Group 1 winner Sacred Falls. His successful stud career was sadly cut short when he succumbed to a liver-related illness in 2019.