Another strong day at Karaka for WS 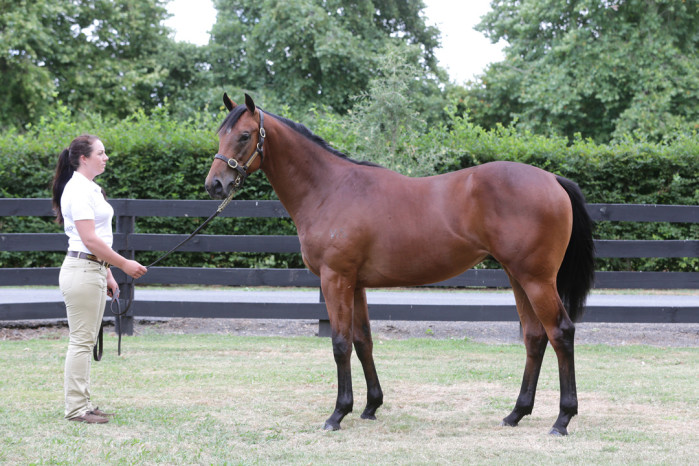 The seven-figure sale of Mo’unga’s brother on the opening day was always going to be a hard act for Waikato Stud to follow, but the Matamata farm still enjoyed a strong day of trade at Karaka.

It’s headline act during the second session of New Zealand Bloodstock’s National Yearling Sale was Lot 351, a son of multiple champion stallion Savabeel, who sold for $290,000.

The youngster was successfully pursued by Cambridge horseman Bruce Harvey, who operates Ascot Farm with his wife Maureen, and he was acting on behalf of the Hong Kong Jockey Club.

“I saw him on the farm a few times and liked him and each time we saw him here at Karaka he paraded beautifully,” Harvey said.

“He will head to the Hong Kong International Sale in July and he’ll probably go to Australia first. I’ve retired after preparing them for the sale for 26 years.

“I went this year and was away for nine weeks, it’s just got to the stage where it’s a job for a younger man now. COVID has made it hard, but’s been enjoyable and a great ride.”

The colt is out of the winning New Approach mare Kona, who is a half-sister to the G1 BMW S. and G1 Australian Derby winner Fiumicino while another half-sister produced the G2 Matamata Breeders’ S. winner and two-time Group 1 placegetter Aretha.

Tivaci’s popularity continues to soar and Cambridge trainer Stephen Marsh was the latest to join the fan club when he paid $280,000 for Lot 383.

The filly is a true-blue Waikato Stud product with her dam the Savabeel mare Loveable, who is a half-sister to the three-time Group 1 winner and successful sire Sacred Falls.

She is a sister to the stakes winner Salsa and to the dam of the G3 Eagle Technology S. winner Love Affair with the G3 Hawkesbury Gold Cup winner Somepin Anypin also prominent on the page.

The Sale continues on Wednesday.