Another winning strike from Black Bolt 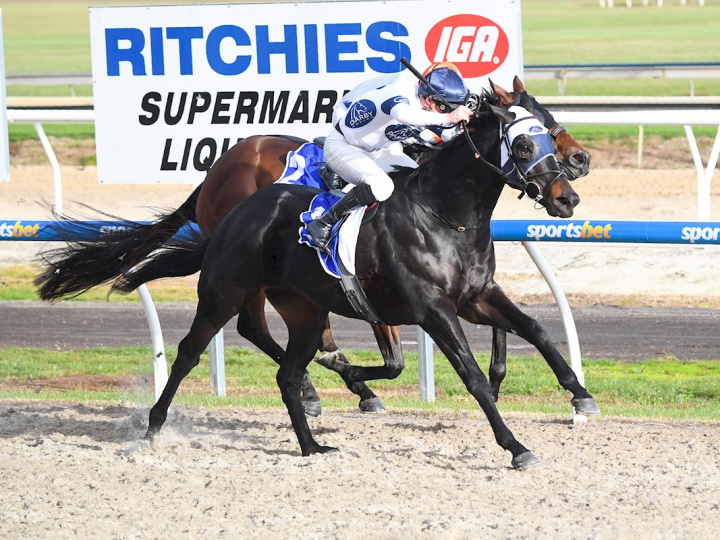 The consistent Black Bolt is rarely far from the action and his willing nature was well-rewarded over 1400 metres on Monday afternoon on the synthetic track at Ballarat.

Trained by Ciaron Maher and David Eustace, the well-related son of Savabeel sat outside the leader before hitting the front at the top of the straight and he was a willing partner for rider John Allen to add to his record.

The Waikato Stud graduate has now won four of his 15 starts and placed on a further six occasions.

“It was a bit of a see-sawing battle, but he had a smooth run and thankfully was too tough,” stable representative Jack Turnbull said.

“It was a very confident ride from Johnny so it’s a great result.”

“Big congratulations to Scott Darby, he is a big supporter of the stable,” Turnbull said.

Black Bolt is a son of the winning O’Reilly mare Simply You, who returned to Savabeel last season, and is also the dam of Forgot You. Also a son of Savabeel, he is the winner of the G2 Bill Stutt S. and ran third in the G1 Rosehill Guineas.

Simply You is out of the two-time Group 1 winner Glamour Puss, whose half-brother Vision And Power also collected a brace of top-flight titles.