Apprentice saves best for the Valley 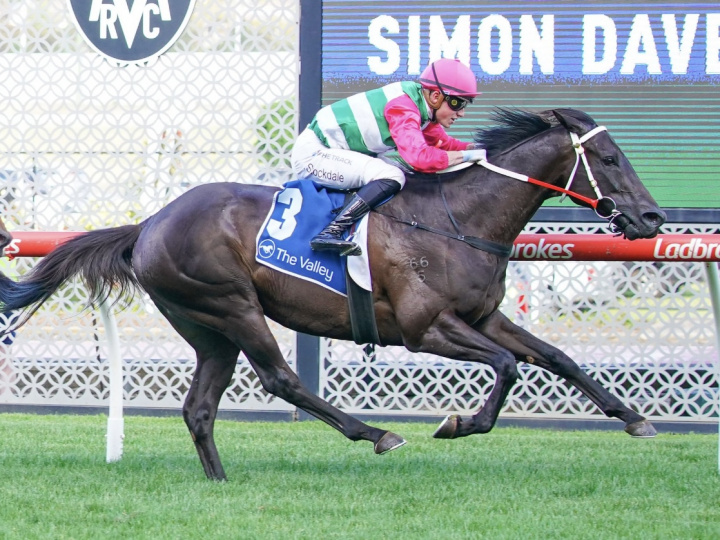 Trainer Andrea Leek was full of admiration for rider Thomas Stockdale after he rated Saving to perfection to lead all the way over 3000 metres at Moonee Valley on Friday evening.

The Pakenham-based horsewoman was delighted to see the apprentice execute her pre-race
instructions aboard the Waikato Stud-bred and sold son of Savabeel, who has been in outstanding
touch this preparation.

“He’s a great kid and he does a fair bit of trackwork for us and tonight was the night for him,” Leek
said.

Stockdale headed straight to the front with Saving, who revelled in his role at the head of affairs and
they put the pressure on 600 metres from home and the 6-year-old held a strong gallop to coast
home by 1.25l.

“He rides really well for a claimer and listens and was very positive on the horse,” Leek said.

A $600,000 Karaka purchase, Saving has now put together three wins and three placings from his
last seven appearances.

He is the first foal of the Pins mare Spending, a winner and a black-type performer, and is a brother
to the Listed Lonhro Plate winner Tilianam.

Spending is a sister to the G2 Angus Armanasco S. winner Shopaholic, dam of the dual winner and
G1 Australian Oaks placegetter Bargain and the family of the four-time Group 1 winner ill-fated
stallion Sacred Falls.