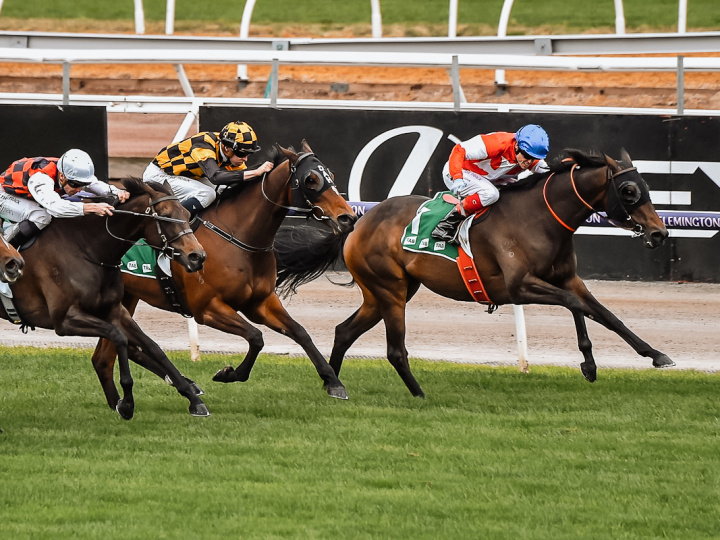 The racing gods finally smiled on model professional Icebath when she claimed a richly deserved Group 1 victory in the Empire Rose S. at Flemington on Saturday afternoon.

The Waikato Stud-bred and sold daughter of the late Sacred Falls had gone so close to elite level success on numerous occasions before she powered home along the fence to finally shed her bridesmaid’s tag.

The ever-reliable six-year-old has now won five races and her Empire Rose success took her career earnings to A$5,208,915 with the promise of more to come.

Icebath settled well back on the fence and, as the field fanned out in the straight, rider Craig Williams stuck to the rail and they came with a sizzling finish to claim top honours.

“She’s now a Group 1-winning mare and it was great,” said Williams, who was dislodged from the saddle soon after the line.

“A couple of her runs this preparation have been against Anamoe, Zaaki, the best horses. Her last race looked a bit plain, but as Brad (Widdup) said, maybe she just had a hard time on those heavy tracks and we just needed to give her time. She’s thrived since she came down here.

“I’ve been watching a few of her replays and done some homework with Brad, who’s unwell and
back in Sydney.

“I went back and watched old editions of this race, and when I walked the track I was really happy. I knew I could be economical. Most importantly I had the horse to deliver, and she was awesome.”

Icebath was a A$100,000 graduate of Waikato Stud’s class of 2018 at the Inglis Classic Yearling Sale where was offered on behalf of the Matamata farm by Sledmere Stud.

She is a daughter of the Savabeel mare Fabulist, whose five foals to race have all been successful and also includes Icebath’s G3 Sha Tin Vase-winning brother Courier Wonder and the Singapore stakes winner Nowyousee.

Fabulist has subsequently produced unraced three and two-year-old fillies by Sacred Falls, a Super Seth yearling daughter named Superfabulistic and is again due to foal to the Group 1-winning son of Dundeel.