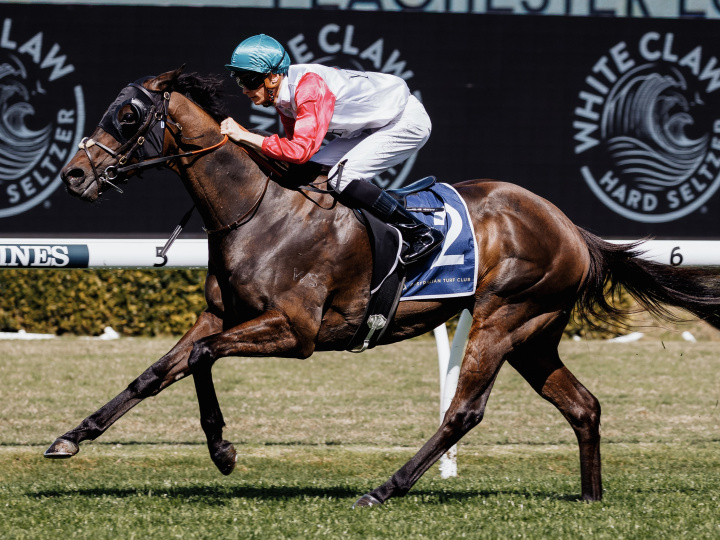 Kiss The Bride continued on his merry winning way at Randwick on Saturday afternoon under a positive ride from Dylan Gibbons.

They had come off a handy sit to win over the course and distance a fortnight ago and this time the promising apprentice sent the Bjorn Baker-trained son of Savabeel straight to the lead in the Shoot Out Mile.

Kiss The Bride was challenged 300 metres from home, but he was far from done with and rallied strongly to repel his rivals and have nearly 2l on his closest chaser at the post.

He was a $200,000 purchase by Baker and Blandford Bloodstock out of Waikato Stud’s draft at New Zealand Bloodstock’s National Yearling Sale and the nine-time winner’s career earnings have now topped A$655,000.

Kiss The Bride was bred by the Matamata nursery with New Plymouth trainer Allan Sharrock and they enjoyed a successful association with the dam I Do, who won 15 races including an edition of the G1 Makfi Challenge S.

The No Excuse Needed mare delivered a daughter by Super Seth last year and is due to foal to the
son of Dundeel again this season.