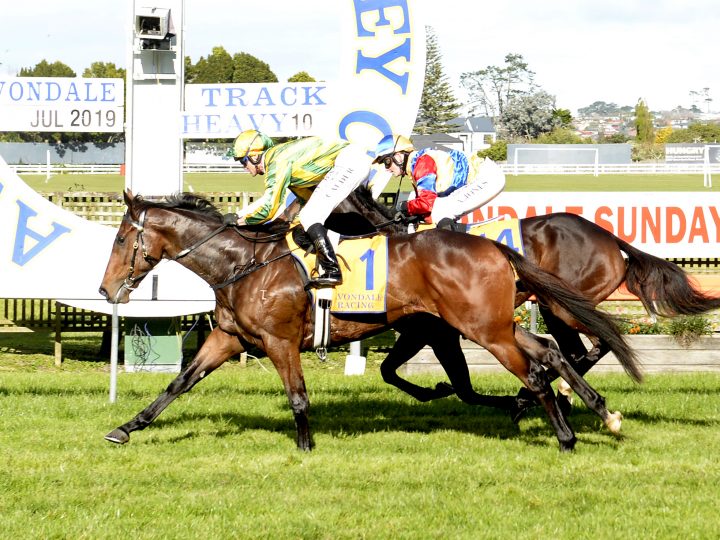 A strapping son of Rock ‘n’ Pop has made an encouraging start to his career for Pukekohe Park trainer Richard Collett.

My Callisto was a debut second on his home track off a trial success and went one better at Avondale this week.

In the hands of the trainer’s son-in-law Andrew Calder, he overcame a wide run to win over 1600 metres.

The jockey is confident My Callisto will continue to furnish and will be better suited to middle distance racing.

My Callisto is the first foal of the Tale Of The Cat mare Platinum Xena.

She is an unraced Australian-bred half-sister to the multiple winner Anaheim, also fourth in the Gr.1 Rosehill Guineas.