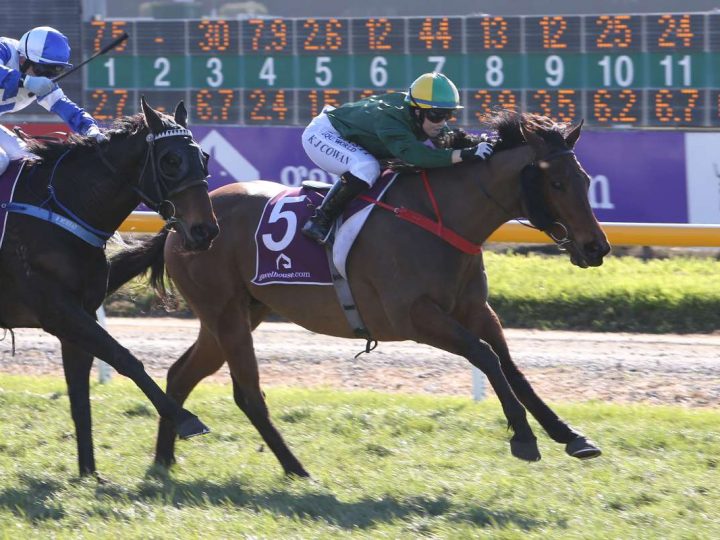 Promising four-year-old Bully Boy furthered his record in style at Riccarton this afternoon.

The progressive son of Rock ‘n’ Pop put his Rating 65 rivals to the sword, winning by a length and a quarter.

Bully Boy now has a pair of wins and three placings from five starts for Hunterville trainer Adrian Bull.

Bully Boy is a son of the No Excuse Needed mare Fru Ju, a half-sister to South African Group 1 winner Taupo Retreat.

Meanwhile, Cardrona posted an overdue victory when she broke her maiden in fine style earlier in the day.

Trained by Shane Kennedy and Anna Furlong, she jumped well to dispute the pace under rider Kate Cowan.

The four-year-old was wayward in the straight and drifted out but she was still far too strong.

It was a deserved success for Cardrona as she had placed in five of her previous nine appearances.

Bred and raced by Waikato Stud with a large syndicate, she is by O’Reilly out of Pinderella.

The dam hails from the farm’s potent family of the Group One winner Glamour Puss.