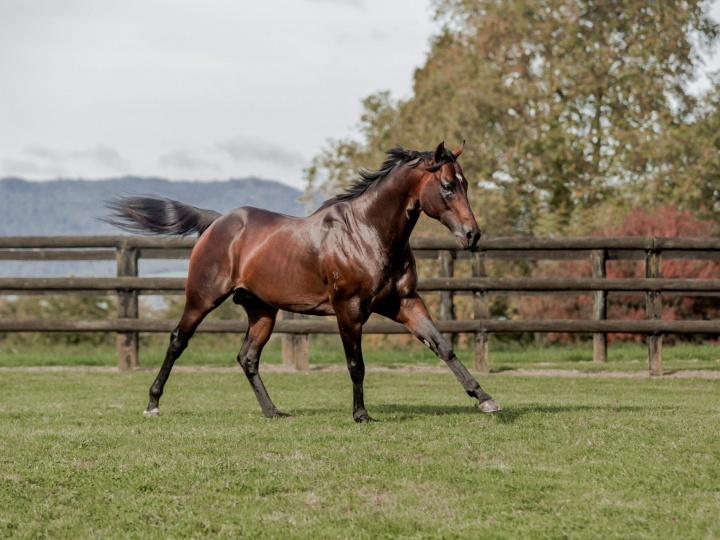 Ardrossan continues to make a fine impression on the buying bench at Karaka with a trio of his sons starring during Friday’s Book 2 trade of New Zealand Bloodstock’s National Yearling Sale.

Waikato Stud’s young stallion was represented by Lot 941, who was snapped up for $130,000 by Alex Oliveira acting on behalf of Paul Chow’s Tartan Meadow Bloodstock of Hong Kong.

The youngster was offered by Prima Park and is out of the Bachelor Duke mare Miss Rule, a half-sister to stakes winner Secret Liaisons, who is the dam of the G1 TJ Smith Classic winner Reigning To Win.

His dam is Luroel, a daughter of Per Incanto who is a half-sister to the G3 Cambridge Breeders’ S. winner Hammer Down and the family of the G1 New Zealand 1000 Guineas winner Plume.

Milan Park’s Ardrossan colt, Lot 842, was another popular individual and he was purchased by Asian Racing World for $62,000.

He is a son of the Pins mare Indecisive, who is a half-sister to the dual Group 2 winner and G1 Australian Derby placegetter Surely Sacred.

Indecisive is also a half-sister to the G3 Tasmanian Derby winner Betwixt, dam of the G1 Queensland Oaks winner Provocative.