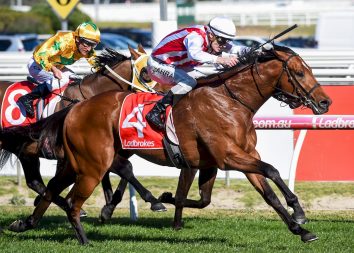 Super Seth back on track

Super Seth’s autumn campaign is back on track. The Anthony Freedman-trained colt’s preparation hit a stumbling block last week when he was withdrawn from the Gr.1 Randwick Guineas (1600m) with an elevated temperature. However, the …

New Zealand’s Waikato Stud has secured a majority share in star 3yo colt Super Seth, the son of emerging super stallion Dundeel. A dominant winner of the recent Group One Caulfield Guineas, Super Seth will …