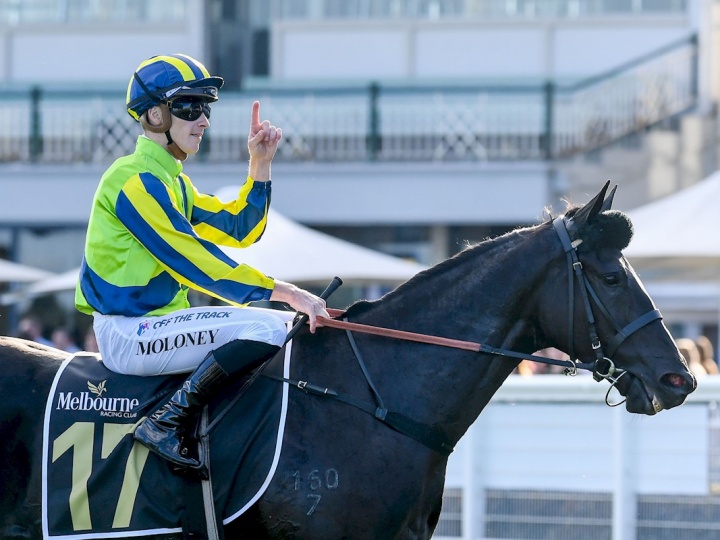 Savabeel 4-year-old Milford relished the step up to a middle distance to claim top honours in the G3 Easter Cup at Caulfield on Saturday afternoon.

The Michael Moroney-trained performer had finished third in the Listed Golden Mile at Bendigo at his previous outing and the extra 400 metres saw him back to winning ways.

“He had a bit of a think about it – he’s only won one race in his time – so he had a good think about it when he hit the front,” winning rider Patrick Moloney said.

A Waikato Stud graduate, Milford settled behind the leading pack on the fence and once into clear aim he came on well to score in a bobbing finish.

“He’s come back better as a gelding,” stable spokesman Glen Thompson said. “He showed a fair bit early on, but lost his way a bit as a colt.

“It just looked like he was crying out for the 2000 metres and he showed that today.”

Moroney was at Randwick today to saddle up stable star Tofane in her farewell appearance and the multiple top-flight winner bowed out on a top note when the Ocean Park mare finished a gallant second in the G1 All-Aged S.

Milford is out of the O’Reilly mare Etiquette, who is an unraced sister to the multiple Group 1 winner and successful sire Sacred Falls. She produced a Savabeel filly last season and is again in foal to the champion sire.

He was a $360,000 New Zealand Bloodstock Yearling Sale purchase for bloodstock agent Bruce Perry and won the Listed Gingernuts Salver at Ellerslie for trainer Stephen Marsh before relocating to Melbourne.