Flash makes it three on the bounce 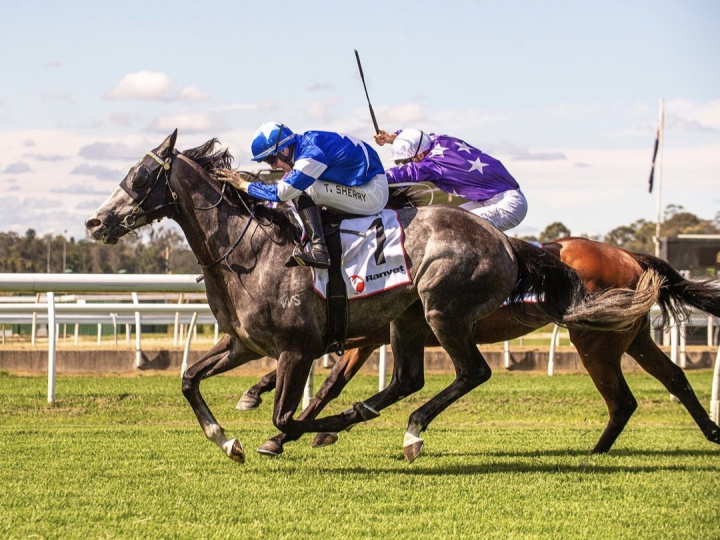 “He’s been racing well and I think there is more improvement to come as he gets older,” he said.

Oceanic Flash, who started his winning run at Newcastle before he followed up at Wyong, settled
midfield off the fence before apprentice Tom Sherry made a three-wide move with 400 metres to
run.

They hit the front half-way down the straight and, despite ducking in close to home, stayed on
strongly for a comfortable win.

“He’s been a very immature horse, but he’s getting there now,” Ryan said. “I did warn Tom before
the race that he’ll try and pull up and run around when he gets to the front.”

Oceanic Flash was sold at Karaka by the Matamata farm for $140,000 and is a half-brother to the G2
Wellington Guineas winner President Lincoln.

Their dam is the Pentire mare Pinot Gris, who is a daughter of the prolific winner Covered N’ Grey,
successful on 24 occasions including victory in the G2 Travis S.