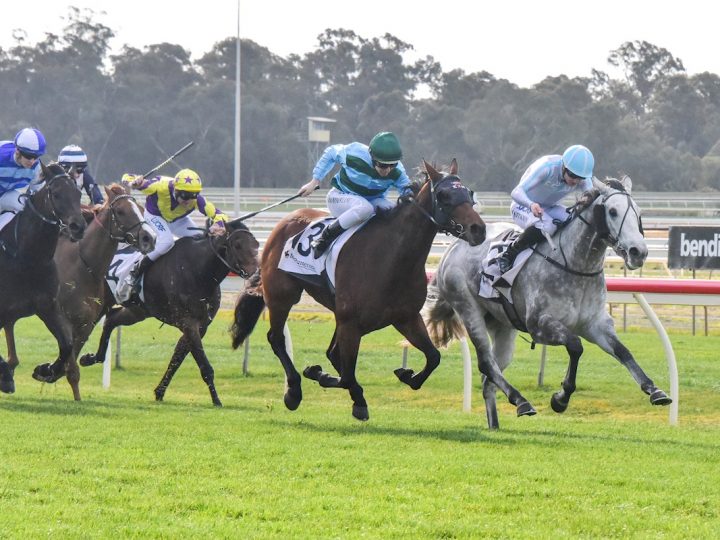 Waikato Stud graduate Battleborn struck the first winning blow of his career at Bendigo this afternoon.

Battleborn’s victory was not unexpected as he had finished in the money in four of his previous six appearances.

He was bought out of the Matamata farm’s 2016 Premier Sale draft at Karaka for $210,000 by Cloud 9 Thoroughbreds and CB Bloodstock.

His dam Vanilla Sky won twice and the O’Reilly mare has also left the stakes winner and Group One performer Raid (Pins).