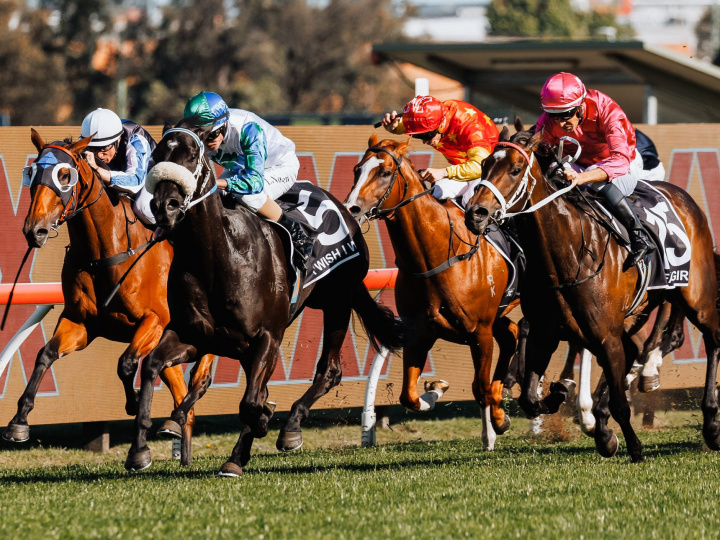 I Wish I Win claimed a massive pot of gold at the end of Sydney’s rainbow on Saturday afternoon when he triumphed in the A$10 million Golden Eagle at Rosehill.

The Waikato Stud-bred and raced son of Savabeel claimed the thick end of the stake under a copybook ride from Luke Nolen for an envious record of five wins and six placings from his 13 appearances.

“We had faith in this horse and people thought he was disappointing in the Toorak, but the track just didn’t suit him that day. Luke (Nolen) gave him a gun run today, presented him at the right time and got the job done.”

I Wish I Win settled midfield on the rail before he was angled off the fence 500 metres from home and, after forging clear halfway down the straight, stayed on strongly.

“This is the second richest turf race in the world – we’ll take it! It’s tremendous, it’s been a great thrill and a great ride.,” Moody said.

“Mark and Pippa (Chittick) and the team back at Waikato, congratulations team. That’s tremendous, and thanks for inviting me to be a part of this horse.”

I Wish I Win started his career with former Te Akau trainer Jamie Richards and was a two-time winner and also finished runner-up in the G1 Manawatu Sires’ Produce S. and third in last season’s G1 Levin Classic.

He was subsequently sent to master Pakenham trainer Peter Moody, who now shares in the ownership, and won his first two starts in Australia including the Listed Testa Rossa S.

I Wish I Win was then beaten into fifth in the G1 Toorak H. at Caulfield where he got well back on a day when the track favoured on-speed runners.

“He’s been progressive. He came over with a lowish rating, but he came with nice form around him – albeit without winning races. It was good to see him build his way into this.,” Nolen said.

“We thought he was a real chance in the Toorak at his last start, but he probably didn’t get track conditions quite to suit.

“Today, we blended into the race really quickly, it sort of took me by surprise, and then he floated around and let the second horse into the race a bit, but he was really good.”

“Really pleased. Really rewarding, and even more special that I get to share it with Moods.”

I Wish I Win is a half-brother to G3 Premier’s Cup winner Another Dollar with their dam the Pins mare Make A Wish, who delivered an Ocean Park colt last year and is shortly due to foal to Super Seth.

Make A Wish is a half-sister to the G1 NZ 1000 Guineas runner-up Ambitious, who produced the G3 Gloaming S. winner and G1 Australian Guineas second Strike The Stars.

She is out of the dual G3 winner and G1 place getter Starcent and the family of G1 Livamol Classic winner Savvy Yong Blonk.