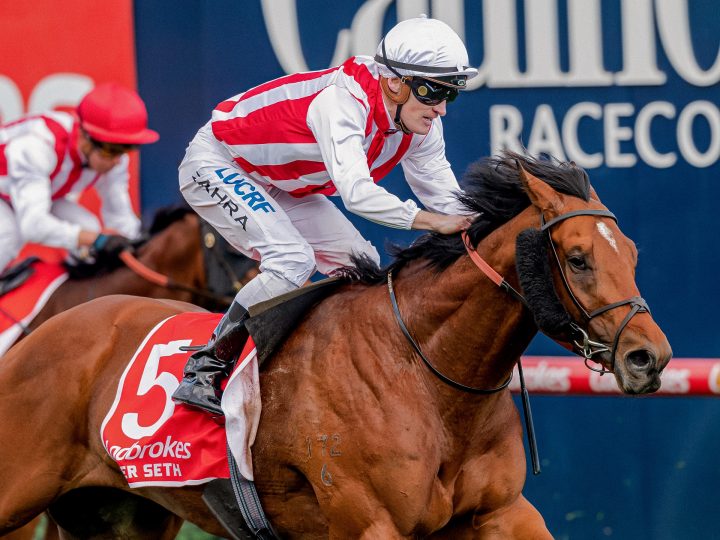 Super Seth in the Futurity Stakes.

Super Seth developed an imposing record of five wins from 12 starts, with a dazzling victory in the G1 Caulfield Guineas his career highlight.

He is from the first crop of outstanding young sire Dundeel, whose start to stud has seen him produce four Group 1 winners to date; a record only bettered by Champions Danehill and Super Seth’s damsire Redoute’s Choice.

Waikato Stud principal Mark Chittick said consideration had been given to furthering Super Seth’s racing career, but with uncertainty around spring carnival racing programs the decision to retire the colt was made.

He will stand his introductory season at the premier Matamata nursery at $35,000 + GST.

“He’s all quality, a fantastic looking horse with the performance to match his pedigree,” Chittick said. 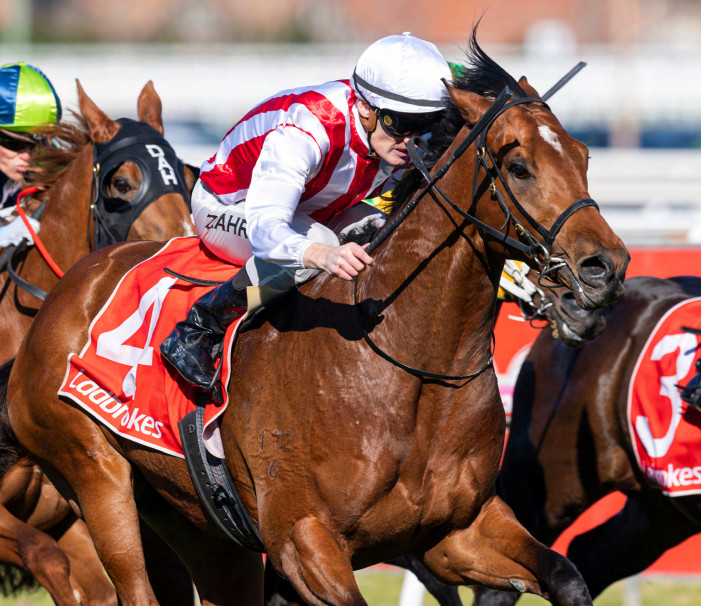 “Top of our list when it comes to sourcing a successful stallion is a turn of foot and Super Seth’s acceleration was mindblowing. That was emphasized when he ran down Alligator Blood to win the Caulfield Guineas.

“Our past and present Champion Sires Centaine, O’Reilly, Pins, Savabeel and Ocean Park, all possessed incredible acceleration, but even they couldn’t have matched Super Seth’s turn of foot. That’s the quality we look for and he demonstrated that on many occasions.”

Super Seth was sold by co-breeder Arrowfield Stud through its 2018 draft at the Inglis Australian Easter Yearling Sale with Dean Hawthorne signing the ticket at $280,000 on behalf of Jonathan Munz’s GSA Bloodstock.

“We typically don’t buy many colts. In fact, he was the only colt we purchased that year in Australia, but when he walked out of the box at the Easter Sale it was obvious he was a must have,” Hawthorne said.

“He is perfectly balanced. If you take a look at his yearling conformation photo you can see how beautifully balanced he is – a short-coupled colt with a great head and amazing quality.

“The other thing that immediately attracted me to him was how much he looked like Redoute’s Choice. We were very confident Redoute’s Choice mares would complement the Dundeel sire line.”

Super Seth was initially raced by Munz under his Pinecliff banner with partners and prepared by Anthony Freedman to win his first three juvenile starts, including a 6l debut victory.

He returned as a 3-year-old to win the G3 McNeil S. before inflicting a first defeat of the boom Queenslander Alligator Blood (All Too Hard) in the G1 Caulfield Guineas.

Following a break, Super Seth resumed in style to claim the G3 Manfred S. and then took on the older horses to finish runner-up in the G1 Futurity S.

“Opportunities to get these quality stallions are very rare and when we saw that electric acceleration in the Caulfield Guineas we became immediately interested,” Chittick said.

“Our Business Manager Mike Rennie was on course at the time and I told him to go and have a really good look at him. He had everything we look for in a racehorse with a stud career in mind.”

“They are all obviously committed to supporting Super Seth with mares of the highest quality,” Chittick said.

“The support and confidence was around us when we bought the horse, because we had to move pretty quickly, and he possesses every attribute we look for and chiefly that amazing turn of foot.” 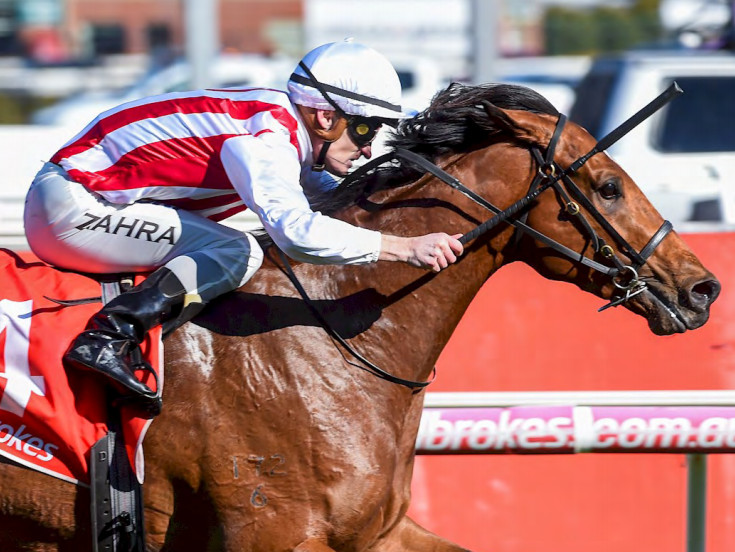 Super Seth made his farewell performance when he powered from well back in the field to run fourth in a stellar edition of the G1 All Aged S after missing the start. He goes to stud as the earner of more than $1.7 million.

“Super Seth was a naturally gifted athlete. He showed us immediate talent, starting favourite on debut as a 2-year-old where he monstered his opposition by 6l,” Freedman said.

“He followed that up with another two victories over 1200 metres, including a Group 3 win, before unleashing his trademark swooping sprint again in the G1 Caulfield Guineas. He beat a top-notch field that day, it takes rare ability to give a horse like Alligator Blood a 6l head-start and run him down.

“It’s sad to lose a horse of such quality from our stable, especially knowing the potential he had to win more at the top level as a 4-year-old, but his credentials for stud are impressive and the uncertainty around upcoming race programs made it difficult to keep him in training.”

A half-brother to the multiple stakes winner Wild Planet (Animal Kingdom {USA}), Super Seth is a son of Salutations (Redoute’s Choice), who is a daughter of the G2 Yallambee Classic winner Toast of The Coast (Rory’s Jester).

Super Seth will stand at Waikato Stud with multiple champion stallion Savabeel, the sire of 20 individual Group 1 winners and a remarkable 10.7 percent ratio of stakes winners to runners. After another exceptional season highlighted by G1 Surround S. winner Probabeel, he will stand at $100,000 + GST.

Ocean Park had a breakthrough season in Australia, with daughter Tofane winning the G1 All Aged S. after Kolding’s success in the historic G1 Epsom H. and inaugural $7.5 million Golden Eagle. He will stand at $20,000 + GST.

Ardrossan, a Group 3-winning, Group 1-placed son of Redoute’s Choice, will stand at $3,000 + GST. His first foals will be welcomed in the spring.