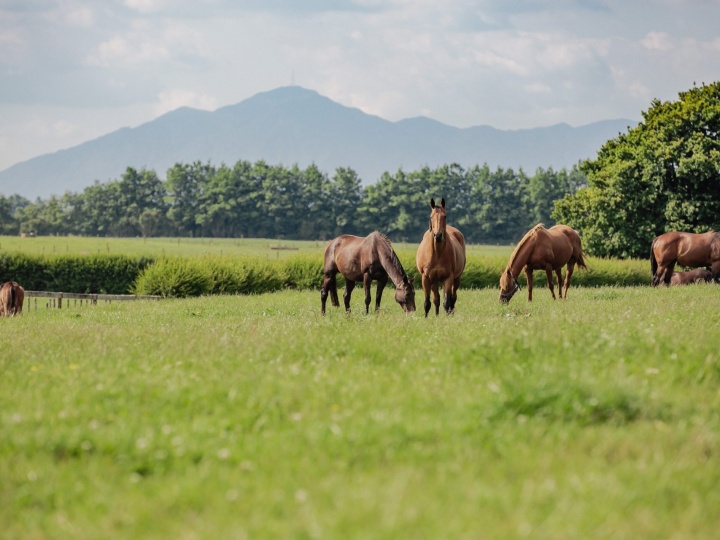 Knew It is a valuable member of the Waikato Stud broodmare band following the starring role played by her two-year-old daughter Wolverine this season.

By the late O’Reilly, the well-related Knew It enjoyed further success on Saturday afternoon when her first foal Maxie Tap was successful at Riccarton.

Wolverine is the mare’s second foal and was outstanding during her opening campaign for trainer Roydon Bergerson with Group 2 successes in the Wakefield Challenge S. and Eclipse S.

The Tivaci filly, who was purchased out of the Matamata farm’s draft at Karaka for $50,000, also finished runner-up in both the G1 Manawatu Sires’ Produce S. and Karaka Million.

From the family of multiple Group 1 winner and successful Waikato Stud sire Ocean Park, Knew It also has a yearling colt by Iffraaj and made a return visit last season to Tivaci.

Pins three-year-old Maxie Tap, bought off the Gavelhouse platform for just $800, produced a resolute finish to account for his Rating 65 sprint rivals on Saturday and the second victory of his fledgling career.

He is prepared by part-owners Ian and Kerry Taplin, who have sold their 800-cow dairy operation in Southland and will be moving to Queensland later this year to train on a full-time basis.

“We’ve been thinking about moving for about five years now and we’ve finally taken the plunge,” Ian Taplin said.

“It’s not something we have taken lightly as the farm is part of our heritage and the cows descend from ones that my grandfather had years and years ago, but now is the right time to do it.”