Medal on podium at Wangaratta 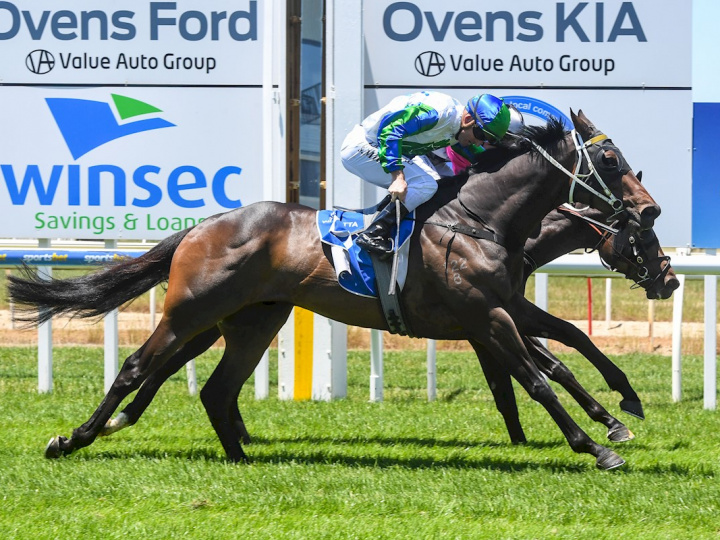 A step up in distance at Wangaratta this afternoon was enough for the Savabeel 3-year-old Medal to
cap off a run of minor placings.

He finished in the money in four of his first five starts from Jamie Richards’ stable before breeder-
owner Waikato Stud sent the gelding to Albury trainer Mitch Beer.

Medal finished fourth in his Australian debut over 1400 metres and broke through today over 1600
metres in the hands of Simon Miller. They settled three pairs back on the outer before improving
wide on the turn and came with a determined finish to get in the deciding stride.

“It was a good performance and obviously first-up the trip was a bit short for him. It was encouraging and he will definitely get further,” Miller said.

“The second horse pushed him out of the way at the top of the straight and put a length on him so it was really good effort to tough it out for the win.”

Medal is a brother to the G2 Matamata Breeders’ S. winner Gold Fever and their half-sister Gold
Rush also won an edition of the juvenile feature. Another half-sister Calverite won twice at Listed
level.

They are out of the Oratorio mare Gold Rocks, who won four races including the G2 Karrakatta Plate.