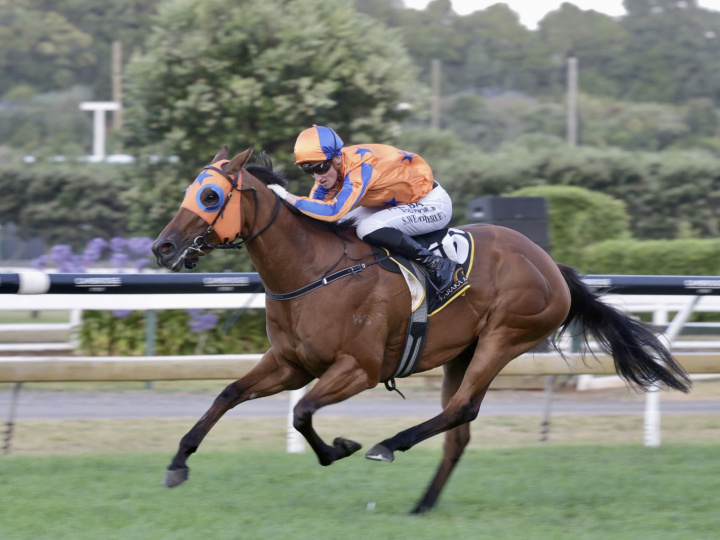 Pin Me Up (Trish Dunell)

Pin Me Up (Pins) completed a superb Saturday evening at Ellerslie for Waikato Stud when she proved superior to her age group rivals in the closing event on the twilight card.

Pin Me Up has now won twice from five appearances and has returned a cheque in her other three
starts.

“She’s been a slow maturing filly. She’s going to be lengths better as a four-year-old as well,” trainer
Jamie Richards said. “I’m thrilled she carries the brand that we’ve had so much success with.”

Pin Me Up was bought out of Waikato Stud’s draft at New Zealand Bloodstock’s National Yearling
Sale for $270,000 by bloodstock agent Andrew Williams and Konj Ltd, of New South Wales.

The filly is a daughter of the O’Reilly mare Brampton Loco, a half-sister to the G2 Travis S. winner
Pimms Time and the family of the Group 1 winners Virage De Fortune, Rumya, Stratum Star and
Railings.

The third dam is the multiple Group 1 winner and former Australian Horse of the Year Emancipation.