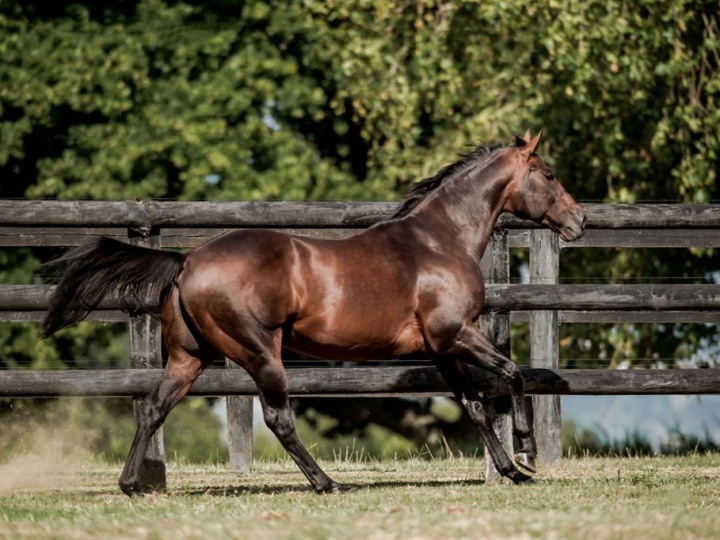 The Gold Coast arm of trainer Chris Waller’s stable posted a winning double at Ipswich on Wednesday afternoon with a pair of promising Waikato Stud graduates.

Ocean Park’s three-year-old sons Bonbora and Roller Coaster were to the fore and both appreciated the dry ground after unrewarded outings on heavily rain-affected tracks in New South Wales.

Roller Coaster is now unbeaten in two runs this preparation and gave rider James Orman an easy time in the saddle when he coasted home over 1666 metres.

“I loved how he made an early move, that’s why you get the best jockeys on,” Waller’s representative Brett Killion said.

“That’s a race to race double for Ocean Park and they really seem to thrive when they get up in trip.”

Roller Coaster out of the Pins mare Curvy, whose dam More To Love is a half-sister by Danasinga to the multiple Group 1 winner and successful sire Starcraft.

He was offered at New Zealand Bloodstock’s Ready to Run Sale by Riversley Park and sold to Hughes Bloodstock for $80,000.

Roller Coaster enjoyed a cosy run in the trail today before angling off the rail well before the home turn and raced clear in the straight to win by 2.5l.

Bonbora was tardily away before settling midfield on the fence before rider Samantha Collett was able to get him into the clear 500 metres from home and they powered home for a maiden success over 1666 metres.

He is a son of the O’Reilly mare Girls On Top, who is a half-sister to former Singapore Horse of the Year Currency and was purchased off Gavelhouse for $21,000 before realising $150,000 at Karaka where he was bought by agent Guy Mulcaster.