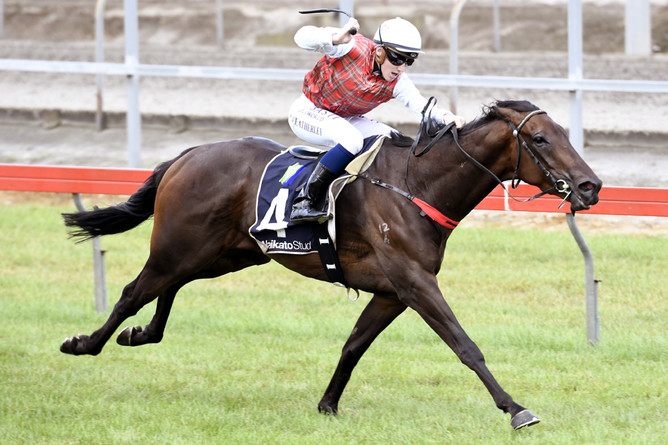 The Lance O’Sullivan and Andrew Scott-trained The Mayor could be set for a tilt at the Gr.1 Vodafone New Zealand Derby (2400m) after his victory in the Matamata Commercial Cleaners (1600m) at Matamata on Friday.

The three-year-old Rock ‘n’ Pop gelding jumped well, securing a trail behind early leader Rub It In before making his way to the front at the 150m mark and holding out the fast-finishing Flying Feet.

“He showed a turn of foot and it was aided by a good ride from Sam (Weatherley),” Scott said.

“Our horse is going to keep on improving I think because he is bred to go a long way, which is encouraging with the staying three-year-old races coming up. Whether he quite has the strength to get up to those races only time will tell, but today was really encouraging.

“We will have to have a talk with Michael Hughes, who part-owns and manages the horse, I think we have come this far and it’s only a few hand spans away to the Derby.”