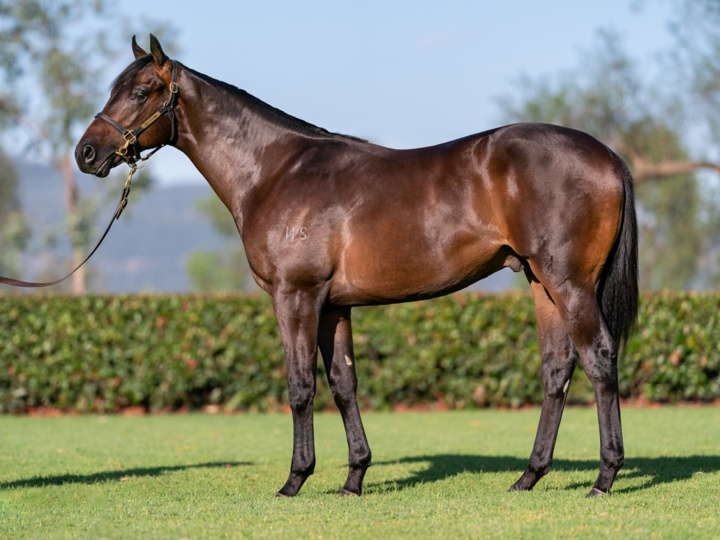 All expectations were surpassed when Waikato Stud’s faultless son of Savabeel realised A$950,000 at the Magic Millions Gold Coast Yearling Sale on Wednesday afternoon.

The colt was offered by the Matamata nursery through Royston and Catriona Murphy’s Sledmere
Stud draft as Lot 237 and the pre-auction buzz around the youngster attracted an opening bid of
A$200,000.

The brother to the G1 New Zealand 2000 Guineas hero Noverre, who will stand his first season at
Waikato Stud this year, was the target of several high-profile buyers before he was knocked down to
Busuttin Racing and All Winners Thoroughbreds.

“He is just a lovely horse and without doubt right up there with the best Savabeels we have offered
for sale,” Mark Chittick said.

“After he was entered for sale, his full brother won a Group 1 and that obviously helped, in the last
few days the reports we had received from Royston and Catriona and their team were incredible.
“When the stats were coming through, we knew all the most serious contenders would be on him.

He was a horse we weren’t going to give away and he had a reasonable reserve on him, which is not
totally our style to be honest.

“We are here to sell horses, but we did protect him a bit and at the end of the day, it was nowhere
near what he sold for so we are delighted.”

Chittick said he was grateful for all the interest in the colt and to see the farm’s offshore investment
rewarded.

“We support a lot of people in Australia with the fillies that we race and it’s fantastic and much
appreciated to see the support coming back in the sale ring.”

The colt is the third foal of the Rip Van Winkle mare Magic Dancer, who won the G3 Taranaki 2YO
Classic, and her first was Noverre. He was purchased at Karaka by Te Akau’s David Ellis for $800,000
and Chittick said the dam had stamped her progeny.

“They are very similar types, probably a little bit lighter in colour and is an incredible athlete and an
outstanding horse like Noverre is.”

Magic Dancer, whose second foal by Savabeel sold to Import Racing for A$190,000 at last year’s
Inglis Australian Easter Yearling Sale, produced another Savabeel colt in 2020 and was then again
served by the multiple champion stallion.

The farm’s other sale at the Gold Coast today was Lot 356, a Savabeel colt out of the O’Reilly mare
Pasadena, who was purchased by Mick Wallace as agent for the Freedman brothers for A$200,000.

The dam is an unraced sister to the multiple Group 1 winner and producer Alamosa and also the
family of the G1 Schweppes Oaks winner Lights Of Heaven.