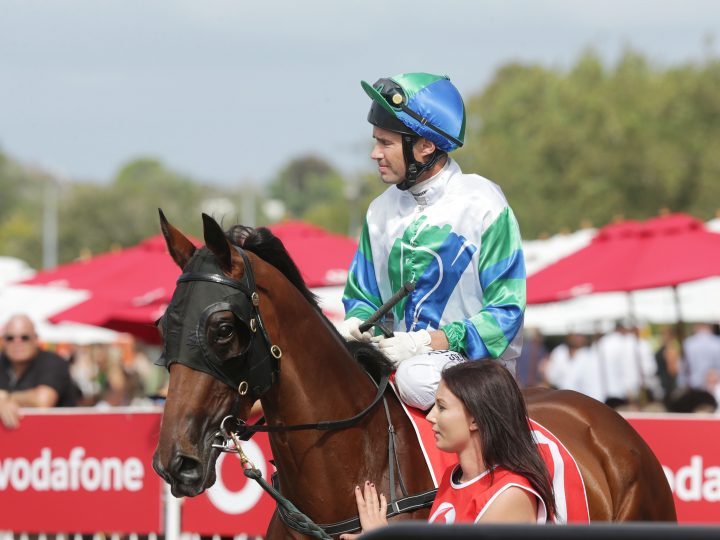 Gold Spice was runner-up in the Group 3 Sunline Vase

Waikato Stud stallion Rock ‘n’ Pop made his presence felt on centre stage at Ellerslie this afternoon. His home-bred and raced daughter Gold Spice drew serious attention to her classic prospects when she finished runner-up in the Group 3 Sunline Vase at Ellerslie this afternoon while his son The Mayor was a gallant fourth in the Group 1 New Zealand Derby.

Bred and raced by Mary Chittick, Gold Spice got home powerfully with a performance that has seen her Group 1 New Zealand Oaks odds tumble from $41 to $14. The filly has been patiently handled by trainers Graham Richardson and Gavin Parker and after placing on debut, she has now bridged the gap admirably from a Pukekohe maiden win last month to stakes company.

Gold Spice is out of the O’Reilly mare Zoe Spice, who won five races and is a half-sister to the Group 3 Cuddle Stakes winner Rhysess and the family of the stakes-winning sprinter Tomorrowland.

The Mayor also stepped up to the big time and he performed with great credit in the Derby. The lightly-tried gelding, who has won two of his five starts for trainers Lance O’Sullivan and Andrew Scott, looks a stayer to follow.

The Matamata farm also celebrated a southern success when Residential returned to winning ways at Wingatui. Trained by John and Karen Parsons, she easily won a Rating 75 contest for jockey Gosen Jogoo, who sported the familiar silks of the Matamata farm.

A daughter of Pins, she is out of the stakes-winning Elusive City mare Metropolitan. Residential also has strong black type credentials as the multiple black type winner of the NZ Bloodstock Insurance Breeders’ Stakes, the Dunedin Guineas and the Southland Guineas.