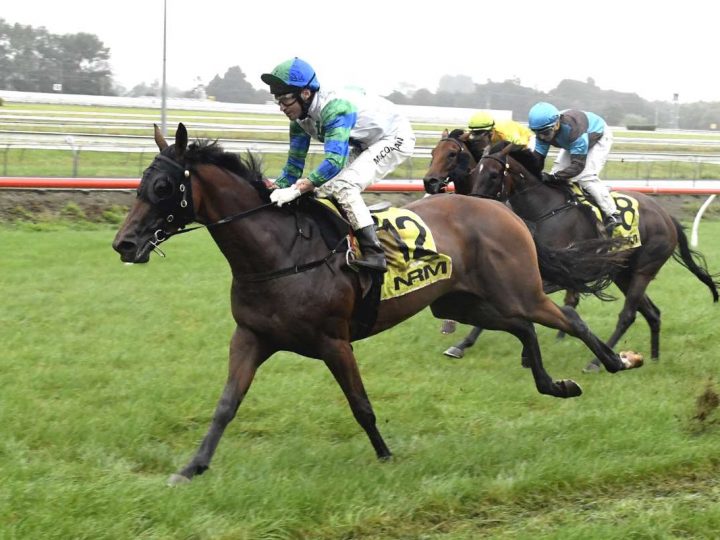 Trainers Graeme Richardson and Gavin Parker were unsure of her chances on a heavy track but were forced to start with bigger prizes in mind. Under jockey Michael Coleman, Gold Spice broke her maiden with a touch of quality.

“We really like this filly and she’s on a path to the New Zealand Oaks so we had to run her,” Parker said. “She was floundering and slipping, but she’s got a bit of class. We’ll possibly look at the Sunline Vase on Derby Day at Ellerslie and that will give her two weeks into Wellington.”

Gold Spice was being niggled at by rider Michel Coleman 800 metres from home, but once they got to the outside fence she quickly put the issue beyond doubt. “She was dipping and diving in the ground before we got to the good strip of ground and she lengthened out,” Coleman said.

Bred and raced by Mary Chittick, Gold Spice is out of the O’Reilly mare Zoe Spice who won five races. She is a daughter of the Gr.3 Lowland Stakes winner Sahryhys and the family of the Listed Levin Stakes winner Tomorrowland.