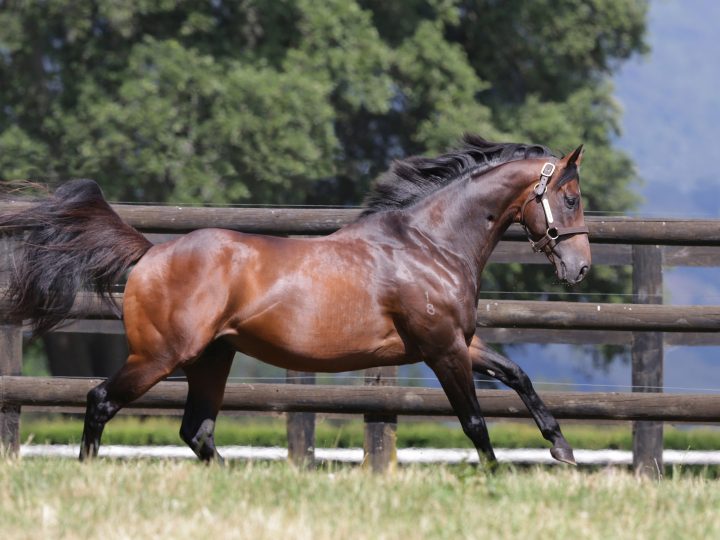 Rock 'n' Pop
The first crop of Rock ‘n’ Pop yearlings were well-received during the Premier Sale at Karaka.
The Waikato Stud resident was represented by a quartet of youngsters and the pair presented by his home farm sold exceptionally well.
On Monday, the half-brother to the stakes winner and Group One performer Raid was knocked down to Cloud 9 Thoroughbreds/CB Bloodstock, of Victoria, for $210,000.
Raid’s sister Purely Spectacular is also the dam of the Darren Weir-trained Gr.1 Sir Rupert Clarke Stakes winner Stratum Star.
That result was bettered on Tuesday a half-brother by Rock ‘N’ Pop to the dual Group One Hawke’s Bay Spring Classic and Herbie Dyke Stakes winner Costume was sold for $220,000 to New Zealand Bloodstock as agent.
“Very happy with his results and they are both outstanding colts,” Mark Chittick said.