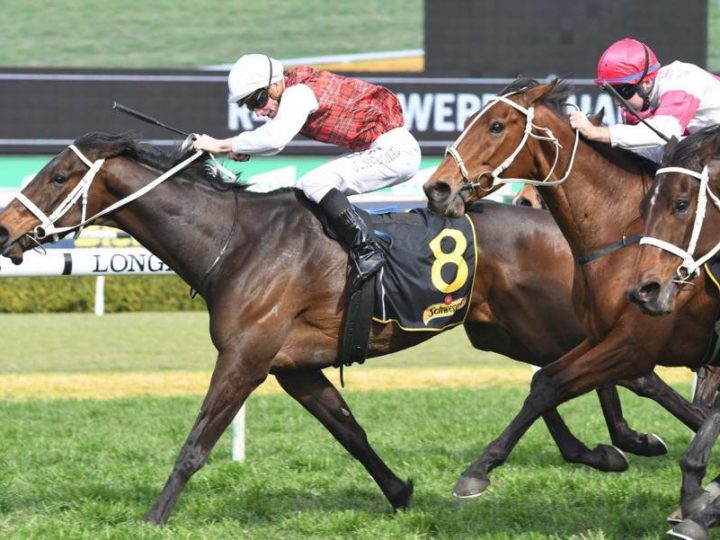 The Lord Mayor staked his claim for higher spring honours with a smart victory at Randwick this afternoon.

The Rock ‘n’ Pop four-year-old was second-up over 2000 metres and relished the extra distance.

Trained by Chris Waller, The Lord Mayor holds nominations for both the Gr.1 Caulfield Cup and the Gr.1 Melbourne Cup.

He began his career as The Mayor with Lance O’Sullivan and Andrew Scott and won two of his five starts.

A fourth placing in the Gr.1 New Zealand Derby prompted his connections to send him to Sydney.

Nothing went his way when he finished well back in the G1 Australian Derby, after which he remained across the Tasman.

“Congratulations to the boys from New Zealand for leaving him here,” Waller said.

“He will most likely go to another 2000-metre race at Rosehill in three weeks and then back up into the Metrop.”

The Lord Mayor was a $52,000 Karaka purchase for Hughes Bloodstock.

He is a son of the Lord Ballina mare Soph, who won 10 races and was Group placed.

Soph is a sister to the versatile Titch, who won the Gr.1 Auckland Cup and was also successful over fences.