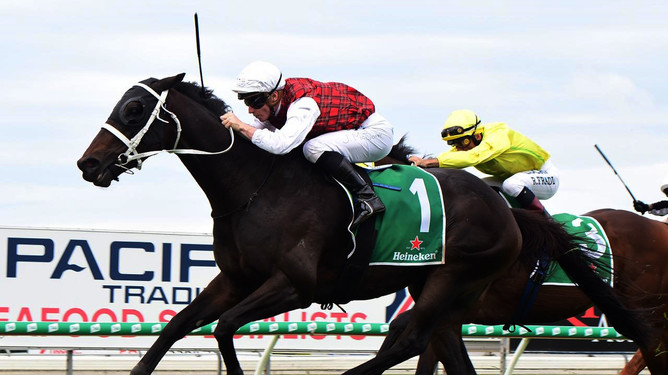 Champion trainer Chris Waller has a son of Waikato Stud’s Rock ‘n’ Pop on target for a Queensland staying feature.

“The Lord Mayor ran in the New Zealand and Australian Derbies last season and didn’t have much luck. He can chase some black-type up here,” he said.

The Lord Mayor credited Waller with his 51st Queensland winner this season and his 40th in the metropolitan area making him third on the city premiership.

“We have been able to rejuvenate some horses and others have found their right level away from Sydney,” he said.

“Why tamper with something which is working. Paul (manager Shailer) and the team ae doing a great job.”

Meanwhile, at Ipswich there was also a result for the Matamata farm to celebrate.

He was formerly with Gary Hennessy, who sent the four-year-old to expatriate Kiwi trainer Paul Jenkins at the Sunshine Coast.

Placed in six of his seven New Zealand starts, Ocean Ruler bolted in over 1350 metres this afternoon in the hands of Jake Bayliss.