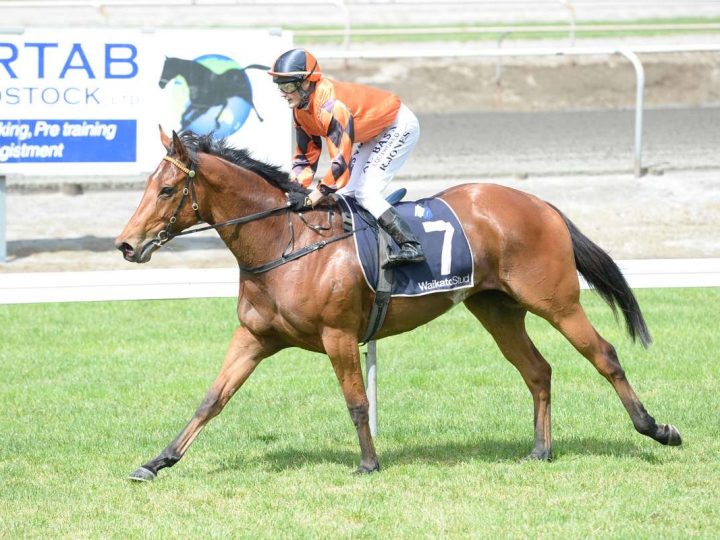 The Rock ‘n’ Pop mare had broken her maiden at her previous start and had trouble handling her 65-grade rivals.

Trained by Collett’s father Jim, Katie Perrie settled last on a slow speed before she was set alight 800 metres from home.

“I said to Sam she’s not a sit and sprint horse so get rolling early,” he said.

Katie Perrie placed in four of her five starts in her initial campaign before she was put aside.

“She learned a bit from last season’s racing and she’ll be better when she gets up over more ground,” Collett said.

The 4-year-old is out of the Lion Heart mare French Lion who was a minor winner in Australia.

She is a half-sister to the South African Group winners Eight Street and Ottimo.

It is an international family that includes the dual Japanese Group Two winner Meisha Beluga.