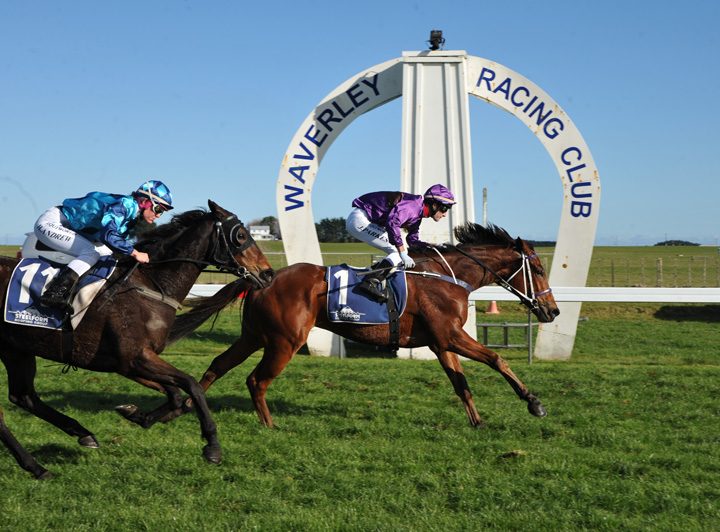 A step up in distance has proved to be the key to seeing the best of Rock ‘n’ Pop’s son Rex Royale.

He finished runner-up over a middle distance at Wanganui two runs back before he broke through over 2200 metres at Waverley.

Trained by Lisa Latta, Rex Royale was taken to the front 500 metres from home by Johnathan Parkes and held on strongly.

Bred by Goodwood Stud and G E & Mrs J E Harris, he was a $37,500 Karaka yearling and is out of the North American stakes winner Celtic Crown.

She is also the dam of the Gr.1 New Zealand Thoroughbred Stakes winner Nicoletta, a daughter of Savabeel.