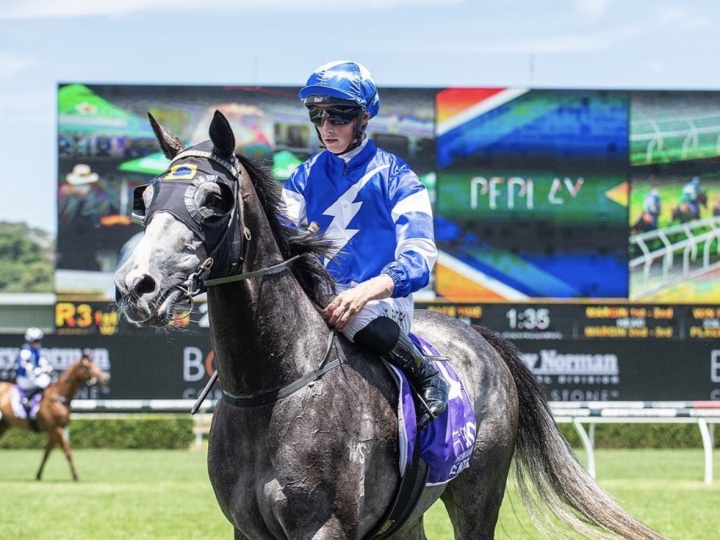 Oceanic Flash continued his rise through the Sydney staying ranks with another determined display
to score on the Kensington track at Randwick on Saturday afternoon.

The son of Sacred Falls has been in outstanding touch through the spring and summer for trainers
Gerald Ryan and Sterling Alexiou and continued his hot form on New Year’s Day.

The 4-year-old sat midfield and one off the fence under apprentice Tom Sherry and they improved
across the top to be in contention four wide at the top of the straight.

He produced a relentless finish in the run home to add a 2400 metre victory to his record and now
has four wins and a placing from his last five appearances.

Bred by Waikato Stud, Oceanic Flash was sold at New Zealand Bloodstock’s National Yearling Sale by the Matamata farm for $140,000 and is a half-brother to the G2 Wellington Guineas winner President Lincoln.

Their dam is the Pentire mare Pinot Gris, who is a daughter of the prolific winner Covered N’ Grey,
successful on 24 occasions including victory in the G2 Travis S.