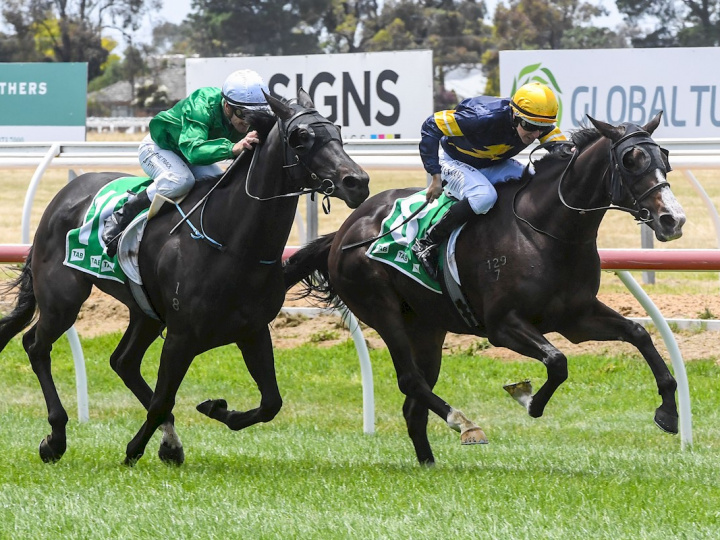 Salto Angel finally got the monkey off her back when she broke her maiden at Werribee on Sunday
afternoon.

The 4-year-old daughter of Sacred Falls, who was co-bred by Waikato Stud with Kylie Fawcett and
Eddie Wright, had failed to salute in her previous 13 starts for trainer Danny O’Brien.

However, she had showed her quality last season when runner-up in both the G1 VRC Oaks and the
G3 Ethereal S. and was second in the in the Listed VRC St Leger.

Salto Angel was then given a break and was unplaced when resuming at Ballarat before successfully
stepping up to 2000 metres in the hands of Damian Lane.

She was purchased out of Waikato Stud’s draft at new Zealand Bloodstock’s National Yearling Sale
by O’Brien for $130,000 and is a half-sister to the G1 Queensland Oaks winner Miss Keepsake and
the G2 Japan-New Zealand International Trophy winner Vilifye.

The pedigree page also boasts the presence of the multiple Group 1 winner and successful sire
Grosvenor.