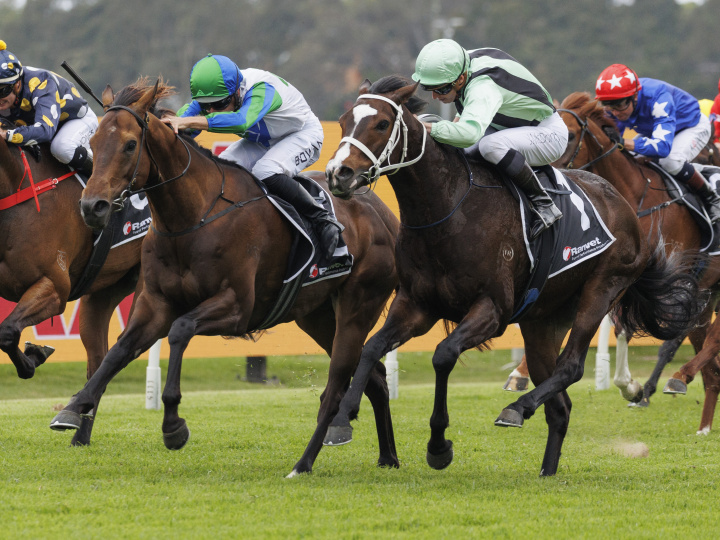 The lightly raced Waihaha Falls showed his appreciation of a step up in distance at Rosehill this
afternoon to add to his burgeoning record.

Bred and raced by Waikato Stud with Hawke’s Bay horseman Guy Lowry, the son of Sacred Falls had
finished fourth on the course over 1300 metres at his previous appearance and an extra 200 metres
brought out the best in the John O’Shea-trained 4-year-old.

Rider Hugh Bowman settled Waihaha Falls in the trail and was into to clear air 250 metres from
home to round off strongly for his second win from just five appearances.

The gelding is a son of Think Mink, who was a winner in New Zealand from Lowry’s stable and was
subsequently twice successful for O’Shea.

By Scaredee Cat, she is from the immediate family of the Listed WATC St Leger winner Crumpet
O’Reilly, whose sister Zumanity finished runner-up in the G1 Queensland Oaks.