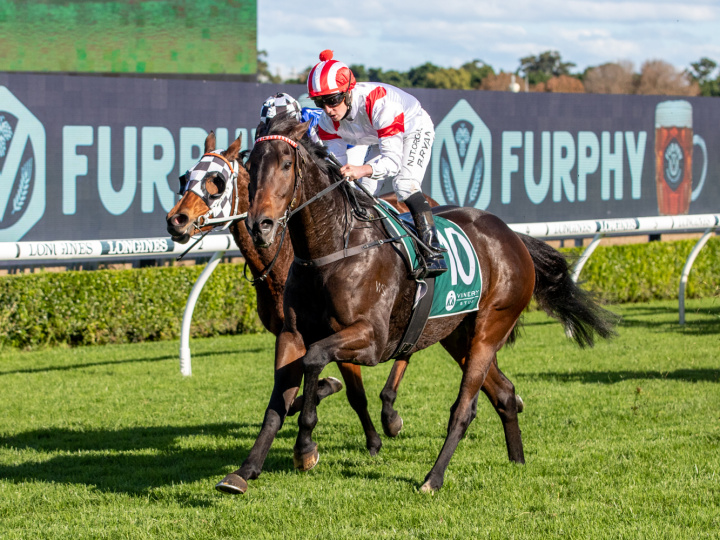 A powerhouse finish saw Savvy Legend back in winning form on the Kensington track at Randwick on Wednesday afternoon.

The son of Savabeel was unplaced when opening his current campaign, but showed the benefit of that outing when successful over 1300 metres for trainer Les Bridge.

Savvy Legend settled at the back of the field and came with a rousing finish widest on the track to win with authority under rider Brock Ryan.

“It was a pretty genuine gallop and that suited my horse, who usually wants a bit further in trip,” Ryan said. “He was a month between runs, but Les had him ready to go.”

Savvy Legend was bred by Waikato Stud and sold by the Matamata farm at the Inglis Easter Yearling Sale for A$200,000 to Carmel Size, acting on behalf of Hong Kong owner Bon Ho’s Legend Racing.

He is a son of the Listed Oaklands Plate winner Donna Cattiva, a Captain Rio mare who was served last season by Super Seth and is a sister to the G1 Manawatu Sires’ Produce S. winner Il Quello Veloce.

They are out of a sister to broodmare gem Parfore, dam of top-flight winners Terravista and Tiger Tees, multiple Group 2 winner Ball Of Muscle and former two-time Singapore Horse of the Year Super Easy.