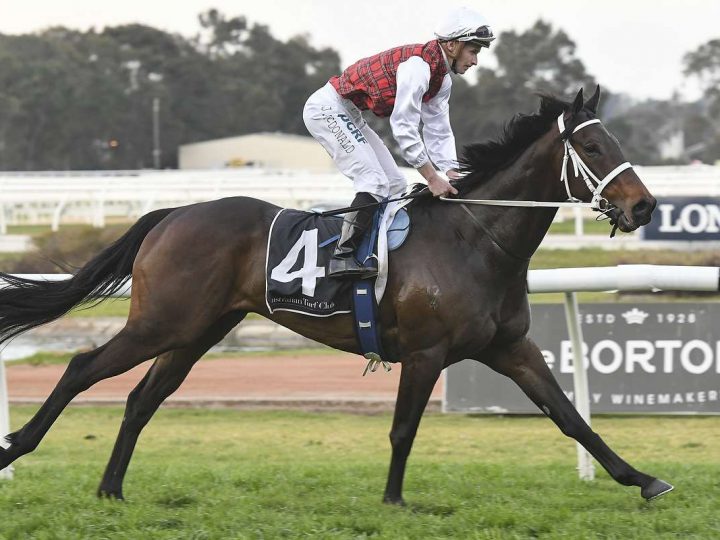 Jockey Brad Stewart produced one of his best rides to land his second Toowoomba Cup on The Lord Mayor, 20 years after winning his first.

Stewart won the Toowoomba Cup on Gene’s Interest in 1999 and has ridden more than 1000 winners since but few have been better rides.

He got The Lord Mayor one off the fence behind the leaders and stalked them to the home turn.

In the straight, he won a slog with Kubis while Mishani Vaidra came from last to be third.

Stewart only picked up the ride when Ryan Maloney couldn’t make the weight.

“This was an ideal race in which to start him in middle-distance races. He has run in Group One races and never been disgraced,” Shailer said.

“His two runs from a spell have been good and I must pay tribute to Ryan (Maloney) for recommending we put blinkers on him.

“We threw plenty of ammo at today’s race and we have a bit more to come,” Shailer said.

Stewart said he had the run of the race but Kubis had refused to give in and The Lord Mayor had just been too strong.

The Lord Mayor is raced by brothers Chas and Cam Stewart who also have top stayer Order Again.

Dale Smith said Kubis had tried his heart out and could win a good race.

Josh Oliver said Mishani Vaidra has been forced to give away too much start.