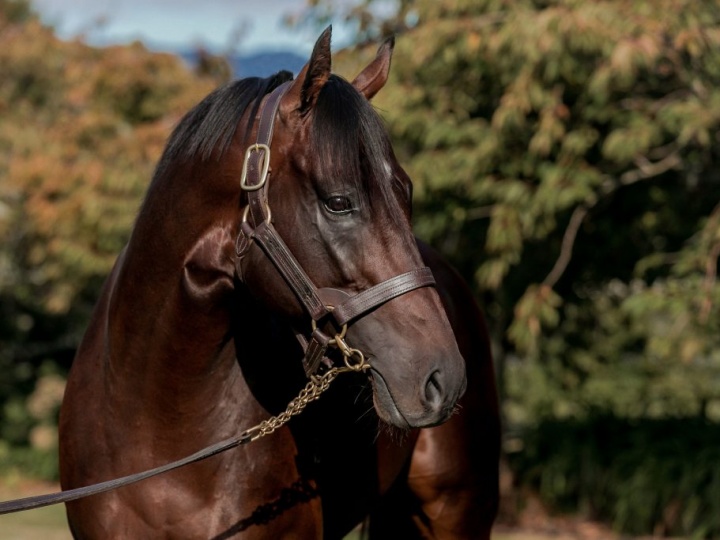 Tivaci has made an exciting start to his career as the sire of the Mark and Garry Chittick-bred and raced G1 Flight S. winner Never Been Kissed while the Matamata farm-bred and sold Wolverine, is a two-time Group 2 winner and Karaka Million runner-up.

Te Akau chief David Ellis took a serious liking to Tivaci’s elegant daughter, Lot 135, in the Matamata farm’s draft and he fought off a number of other interested parties today to secure her for $340,000.

The filly is out of the Savabeel mare Boulevard who is a sister to the G2 Thousand Guineas Prelude winner Acting and a three-quarter sister to the dual Australian Group 2 winner Forgot You.

It represents one of the nursery’s leading families that features the multiple Group 1-winning half-siblings Glamour Puss and Vision And Power.

“The Tivaci yearlings in our draft really demonstrate the belief that we’ve always had in the stallion. These horses were bred before he had runners, let alone the success that he’s had,” Mark Chittick said.

“We’ve supported him with some quality mares right through and he’s doing a wonderful job.

“I’ve always been confident that the cross between Tivaci and Savabeel mares would be a no-brainer for success, and that’s proving to be the case. We’re offering a number of cracking types in our draft this year.”

That cross was carried by three following Tivaci youngsters and all sold well with Lot 215 going to Clarke Bloodstock, of Queensland for $190,000. The colt’s dam Eleanor Rigby is a sister to the G2 Rich Hill Mile winner Coldplay.

Tivaci’s son, Lot 176, was sold for $160,000 and is out of the unraced Common Courtesy. She is a sister to the Listed Gingernuts Salver winner and G1 New Zealand Derby runner-up Milford and the family of the late four-time Group 1 winner and successful sire Sacred Falls.

Lot 199 was a Tivaci filly out of the Group-placed Savabeel mare Date Night and she changed hands for $140,000 with TFI, of Queensland, the successful purchaser. The youngster’s dam is the two-time Group 3 winner and Group 1 placegetter Dating.

Another high-priced daughter of Tivaci was Lot 30, offered by Hallmark Stud and sold to Victorian trainer Henry Dwyer for $200,000. She is from the family of the multiple Group 1 winner Katie Lee.

Meanwhile, Ardrossan’s first crop are selling off a $3000 + GST service fee at Karaka and a bumper result was achieved when Cambridge trainer Tony Pike parted with $150,000 to land his son, Lot 39.

“We’ve had some great success in the Karaka Million 2YO race in recent years, and I think he looks a terrific prospect to follow on in that tradition,” Chittick said.

The colt is the first foal of the Pins mare Vanilla Essence, an unraced sister to the Listed Lion Red Plate winner and G1 Diamond S. runner-up Raid who has produced the dual Australian Listed winner Night Raid.

“We’re very excited about Ardrossan. He didn’t serve big numbers in his first season – we had to beg, borrow and steal every mare that we could to send to him, and we gave him some nice mares ourselves,” Chittick said.

“I’m a big believer in his potential. He’s given us a massive amount of confidence with the types that he’s left so far, and there’s a bit of word around the place – not just from our farm.”

Another son of Ardrossan, Lot 202, sold to Awapuni trainer Peter Didham for $50,000 and is a half-brother to multiple winner Shoshone with their dam the Zabeel mare Dee I Why. She is a three-quarter sister to the Listed New Zealand St Leger winner Ritzy Lady.