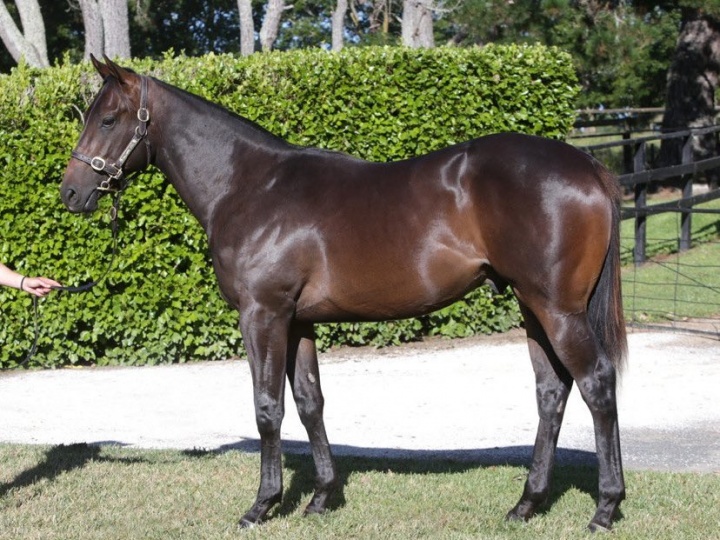 Slipper Island as a yearling

A trip to Australia is in the mix for precocious youngster Slipper Island, who was a gallant winner over 1200 metres at Trentham on Saturday afternoon.

The Tony Pike-prepared 2-year-old had finished runner-up in his Ellerslie debut behind subsequent G1 Sistema S. winner Lickety Split and went one better with a courageous performance after being left in front a long way from home.

Pike and his owners, which includes Waikato Stud, will consider future plans for Slipper Island and a trip to the Queensland winter carnival may count out a crack at the G1 Manawatu Sires’ Produce S.

“If he won today, there was talk of him going to Brisbane rather than Awapuni, but Tony will talk about that with connections,” stable representative Dean Williams said.

Slipper Island sat outside the pace and, when the leader compounded, was left in front with 450 metres to run and the colt stayed on strongly for rider Michael McNab to open his winning account.

“That Trentham straight looked longer than it normally does when he was left a sitting duck. Long-term, a set of blinkers might help him,” Williams said.

Slipper Island was purchased out of Hallmark Stud’s draft at Karaka by Pike for $180,000 and is a son of No Nay Never and the Redoute’s Choice mare Pedicel, who is a half-sister to the G1 Doncaster H. winner Nettoyer.