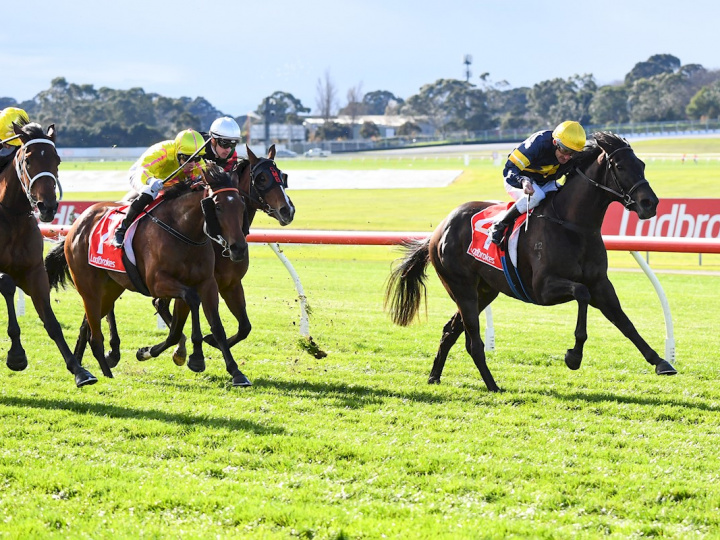 Well-related Tivaci filly Hoops returned to racing in the best possible fashion at Sandown on Wednesday afternoon with a sterling performance in testing conditions.

The Danny O’Brien-trained two-year-old finished in behind the major players in both of her previous runs in January before a break and resumed over 1300 metres on Heavy 9 going.

Rider Damien Oliver settled the Waikato Stud graduate in behind the leader in a small field and she produced a resolute finish along the rail to open her winning account.

“She really learned from her last preparation and was strong to the line today, she’s got a good future,” stable representative Matt Harrington said.

“It was a Damien Oliver special and he really lifted her the last 100 metres. The question mark was the heavy ground, but she powered through it and hopefully she’ll go through the grades and on the way to better races.”

Hoops is the first foal of the unraced Savabeel mare Caramel Sundae and was sold at the Magic Millions Coast Yearling Sale by Waikato Stud to O’Brien Racing for A$190,000.

From the family of the late multiple Group 1 winner and successful sire Sacred Falls, Caramel Sundae had a filly by Ocean Park last year before a return visit.

Her yearling brother to Hoops was purchased at the Gold Coast earlier this year by Bahen Bloodstock for A$350,000.