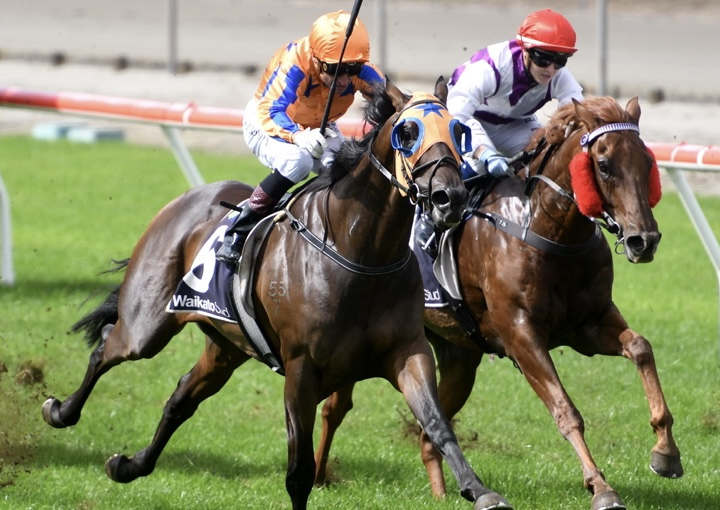 The Mighty Spar hasn’t had much luck this preparation before the son of Savabeel turned his fortunes around at Otaki on Thursday afternoon.

Trained by Jamie Richards, the Waikato Stud-bred and sold four-year-old settled three back on the
fence before rider Joe Kamaruddin shouldered into the clear at the top of the straight.

The Mighty Spar produced a sustained finish for victory, his second from nine appearances which
include four minor placings.

Luck went his way today following tardy starts at Tauranga and Te Rapa from wide gates in his first
two outings this preparation and was then badly held up at Rotorua before powering home for
second.

The Mighty Spar was a high-priced Karaka yearling when purchased by Te Akau’s David Ellis for
$430,000. He is the first foal and only race day representative to date for the O’Reilly mare
O’Dianne.

She was successful on two occasions and fourth in the Karaka Million and is out of the G3 Frances
Tressady S. winner Breezy, a three-quarter sister to the dam of the G2 Cal Isuzu S. winner Sports
Illustrated and the family of the multiple Group 1 winner and sire Starcraft.