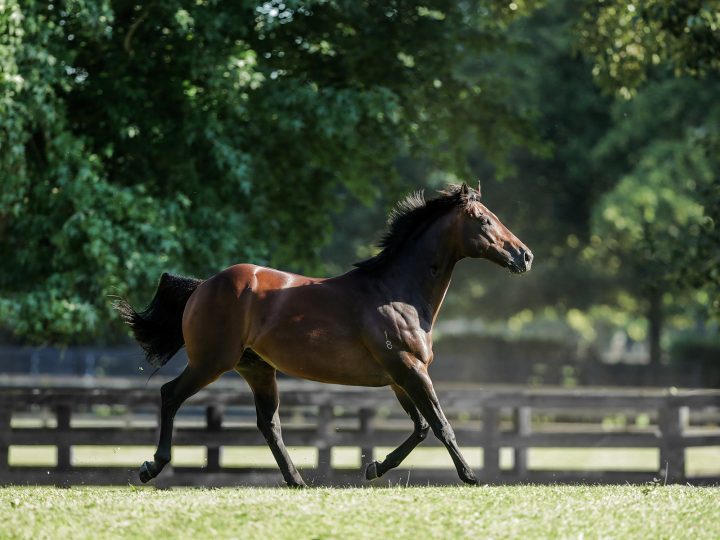 With the Spring racing in full force, we have seen the emergence of a silent achiever amongst the Waikato Stud stallion roster – Rock ‘n’ Pop.

A million dollar yearling, he has all the attributes – looks, pedigree and race record. By Champion Australian Sire Fastnet Rock from the Group 1 New Zealand Derby winner Popsy, he was a top-class racehorse winning the prestigious 2000 Guineas at Riccarton (defeating Group 1 winner Anabandana and Shuka) and nearly emulated his mother by running second to multiple Group 1 winner Silent Achiever in the Derby.

Heading off to the breeding barn in 2013, his oldest progeny have just turned four and are really starting to come into their own. Highlighting his recent success is the Chris Waller trained The Lord Mayor. As a three-year-old, he ran 4th in the NZ Derby when known as The Mayor before being sent over to Sydney. He has won two Saturday races at Randwick and Rosehill respectively and was far from disgraced in the Group 1 The Metropolitian. He still holds an entry in the $7 million Melbourne Cup in November.

Waikato Stud bred four-year-old gelding Bully Boy looks a very exciting prospect. From just six starts, he has won three and has never finished further back than 4th. Trained at Riccarton by Neil Ridley, he looks very adaptable, winning on both good and heavy tracks. He is yet to run beyond 1600m, we feel he is only going to get better as he steps up in ground.

Another of Rock ‘n’ Pop’s progeny that has been going very well of late is the Chris Gibbs and Michelle Bradley trained Los Angeles. Regarded high enough by the stable to take her place in the Group 2 Royal Stakes on New Year’s Day, she has won two of her past four starts, along with a 2nd and fourth, she looks a promising staying mare.

It was hard not to be impressed by three-year-old gelding Wings who was able to salute at Ruakaka last month at just his second start over 1200m while Katie Perrie finished off strongly to salute at Matamata recently.

Rock ‘n’ Pop is starting to gain a solid reputation in Asia through the deeds of Autumn Assault who has won two from five starts (including an 8 length romp in August) and Refresh in Singapore while from only two runners in Hong Kong, Telecom Man has been successful.