Tiptronic goes all the way for another Group 1 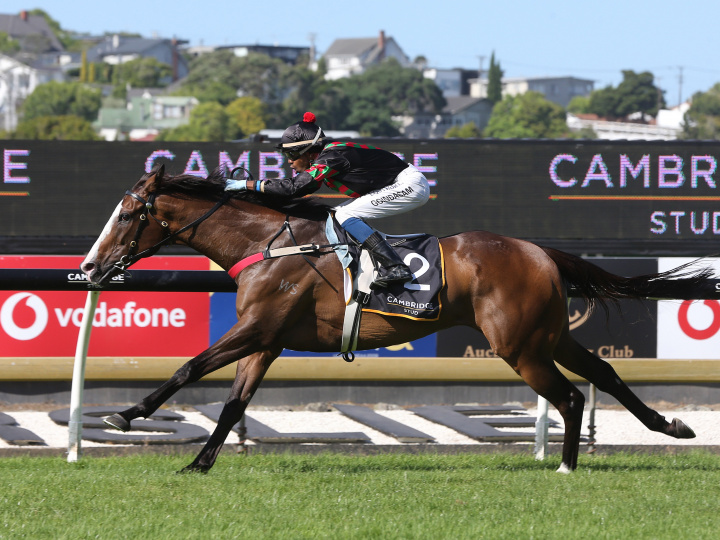 A gallant Tiptronic doubled his Group 1-winning tally on Boxing Day when the Waikato Stud-bred and sold warhorse ran his rivals into the deck to add the Zabeel Classic at Ellerslie to his record.

The 8-year-old son of the late O’Reilly was ridden by Ashvin Goindasamy, who followed co-trainer Graham Richardson’s pre-race instructions to perfection to post his first success at the top level.

“I said to Ashvin to go to the front and try and stack them up and then take off at the 600 – it was amazing and a big thrill,” said Richardson, who prepares his Matamata team with Rogan Norvall.

“I think the horse deserved it, he is a real trooper and tries so hard all the time. I’m chuffed for all the owners and the staff.”

Successful in the 2020 G1 Herbie Dyke S., Tiptronic revelled in his work at the head of affairs before putting the pressure on across the top and he held a strong gallop to beat Vernanme, another son of O’Reilly.

“It means everything to me and it’s the best Christmas ever. I was pretty confident he would go well and I started roiling at the 600 and he just kept going,” said Goindasamy, who crossed the line high in the irons in celebration.

“Everyone wants to be a Group 1 winner, it is pretty special.”

Tiptronic has now won eight races and has also placed at the elite level in the Herbie Dyke, New Zealand S. and the Captain Cook S.

Purchased by Richardson for $100,000 at New Zealand Bloodstock’s National Yearling Sale, he is a son of the Pins mare Tiptoes, successful on one occasion and the dam of four winners.

A half-sister to the multiple Group 1 winner Legs, Tiptoes produced a Sacred Falls filly in 2020 and was served this year by Savabeel.