Tommy turns on the style at Kyneton 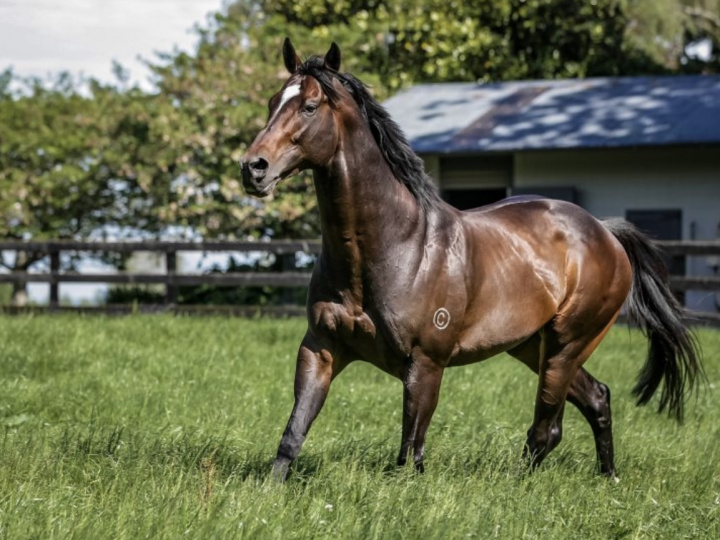 Turn It Up Tommy posted a deserved maiden success on Thursday afternoon at Kyneton where he put away his older rivals with a minimum of fuss.

The three-year-old son of Tivaci didn’t have all favours in the running after drawing the outside gate, but it made little difference and he surged clear off the back off three consecutive placings to score by 1.75l over 1887 metres.

A Waikato Stud graduate, Turn It Up Tommy is trained by owner Denis Pagan, who was relieved to see the gelding break through.

“I’m really pleased with him, I had some reservations whether he stuck or not so I’m glad he’s proved me wrong,” he said. “It’s all worked out perfectly today.”

Turn It Up Tommy was forced to cover extra ground in midfield, but Irish rider Robbie Downey sat quietly before picking up ground to be third at the top of the straight.

“From the draw, we decided to go back and I was left three wide but he settled really well,” Downey said.

“He’s a nice, long-striding horse who relaxed and he got the job done really well.”

Turn It Up Tommy was bred by Waikato Stud and sold to Ohukia Lodge and Huntingdale Lodge at New Zealand Bloodstock’s National Yearling Sale for $50,000 before Pagan secured him for $80,000 when reoffered at the Inglis Ready To Race Sale.

A half-brother to the G3 Wellington S. winner Zee Falls, he is out of the Zabeel mare Zelitist who won on two occasions and is a half-sister to the G1 Diamond S. winner Warhorse.

Zelitist has a yearling filly by Sacred Falls and foaled a colt by Tivaci last season before a return visit to the Group 1-winning son of High Chaparral.