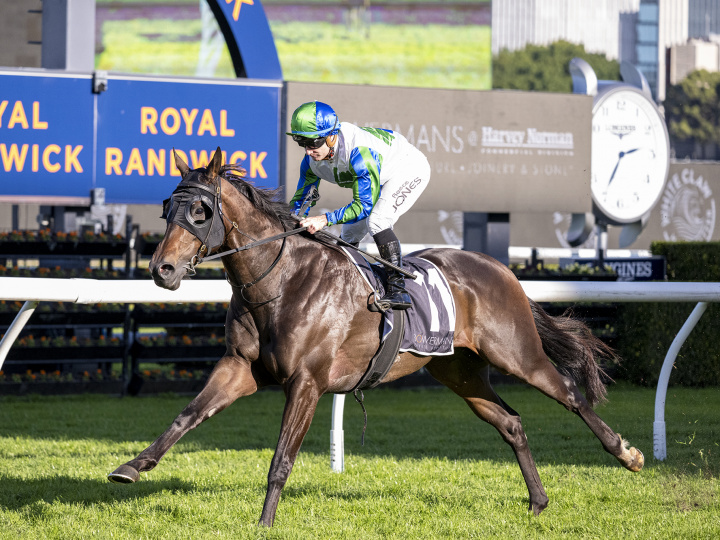 Waihaha Falls remained unbeaten this preparation following another effortless victory over 1200 metres at Randwick this afternoon.

The John O’Shea-trained 4-year-old had blitzed his Benchmark 78 rivals over the course and distance when resuming last month and a step up in grade to Benchmark 88 company was handled with aplomb.

Bred and raced by Waikato Stud with Guy and Bridget Lowry, the son of Sacred Falls was forced to settle further back in the field than anticipated before apprentice Reece Jones made his move 600 metres from home.

“Things didn’t go to plan early, but Reece didn’t panic. The horse is flying and I don’t think he got out of second gear,” stable representative Alex Maher said.

Waihaha Falls looped the field and, with a minimum of encouragement, coasted clear in the run home to win by 4.75l.

“He won that really impressively, I had to go to Plan B pretty quickly and settled one pair further back,” Jones said.

“I let him cruise around them and he put them to the sword, he’s a horse going places.”

Waihaha Falls has now won four of his nine starts and a record he looks sure to add to once he gets out over more ground.

He is a son of Think Mink, who was a winner in New Zealand from Lowry’s stable and was subsequently twice successful for O’Shea.

By Scaredee Cat, she is from the immediate family of the Listed WATC St Leger winner Crumpet O’Reilly, whose sister Zumanity finished runner-up in the G1 Queensland Oaks.