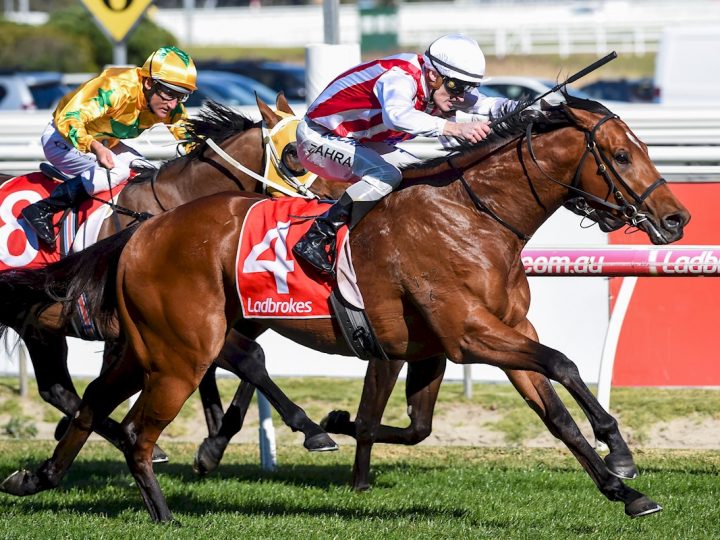 A dominant winner of the recent Group One Caulfield Guineas, Super Seth will continue to be trained by Anthony Freedman and aimed at further Group One riches before taking up stallion duties at Waikato Stud.

The colt’s existing managing owner Jonathan Munz will retain a 20% share, with the remaining shareholders in the syndicate being some of New Zealand’s leading breeders – adding a depth of mares and support to Waikato Stud’s renowned broodmare band and client base.

Waikato Stud principal Mark Chittick says: “This is a big coup for our breeding industry and Super Seth will be one of the most valuable stallions to ever come to New Zealand. We have built our success buying stallions that work well with the New Zealand mare population and are well-performed at the highest level in Australia to appeal to Australian and international buyers.

“Dundeel’s results are incredible and his pedigree is the template of what has worked brilliantly with New Zealand broodmares, High Chaparral and Zabeel. Super Seth is also out of a Redoute’s Choice mare, the greatest Australian genetic influence of modern times and champion broodmare sire and that is going to work very well with our mares too, which are largely free of Danehill. The next broodmare sire back is Rory’s Jester, which adds further speed and precocity to the equation. On the sire side, what is really surprising and exciting for breeders, is that Dundeel is throwing horses that perform at stakes level as 2yos and then train on as older horses in Guineas and Derbies or at weight for age.”

Purchased at the 2017 Inglis Sydney Easter Sale by leading agent Dean Hawthorne for $280,000, Super Seth was the highest priced Dundeel colt of his year.

“He was an absolutely cracking yearling and I told Jonathan [Munz] we had to have him,” Hawthorne recalls. “He has continued in that vein and everyone agreed he was an absolute standout in the yard on Guineas Day. It is a huge advantage when a stallion is such a wonderful type, which is what I always said about Zabeel and Redoute’s Choice. And of course, Waikato Stud and its syndicate are very smart getting on the Dundeel train early.”

Super Seth was a very impressive six-length first start winner as a 2yo. As well as winning his second start, he then finished his 2yo season with a Stakes placing. He went on to win the Group 3 1200m McNeil Stakes first up as a 3yo before a sensational win at Group One level in the Caulfield Guineas. Trainer Anthony Freedman believes Super Seth can be competitive in the future at Group One level over a large range of distances, from a sprint like the Newmarket, to a Futurity or Australian Guineas and on to an Australian Cup or QE2.

The turn of foot generated by Super Seth in the final stages of the Caulfield Guineas was freakish and reminiscent of his sire Dundeel who consistently reeled off incredible sectionals and fast times.

He was victorious over the previously undefeated Alligator Blood, making up five lengths in the last 100 metres, unleashing an electrifying final 600 metre time of 34.23 seconds, 0.7 seconds faster than that of the previous year’s highly rated Guineas winner, The Autumn Sun.

Super Seth’s service fee and other standing details will be released upon his retirement from racing.