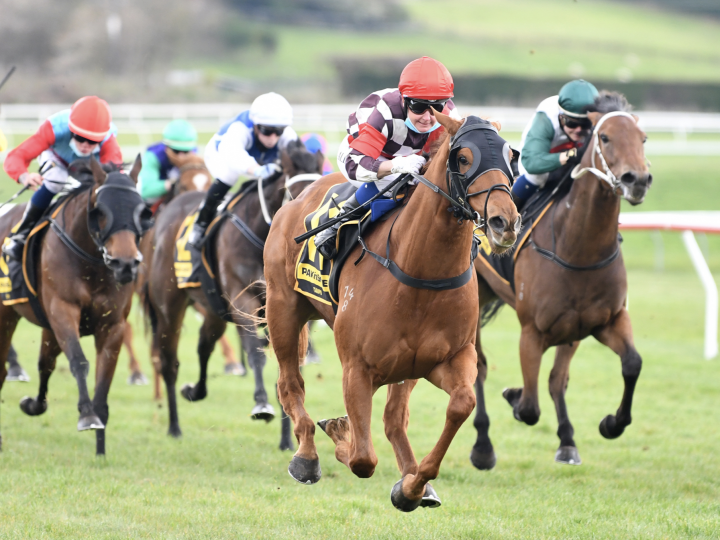 Progressive 3-year-old Wewillrock added further winning momentum to his quest for higher honours
when he enjoyed a successful trip north to Te Rapa.

Trained at Hastings by Guy Lowry and Grant Cullen, the El Roca gelding was given a perfect run close to the pace this afternoon by Opie Bosson.

They cruised to the front halfway down the straight and stayed on strongly with a performance sure
to be monitored by potential suitors.

Out of the winning Strategic mare Princess Michella, Wewillrock was a $35,000 Karaka purchase and
is raced by Waikato Stud with Paul and Mark Apatu.

“He is a promising horse and there has been a lot of interest in him, but at the moment we are
heading toward the Karaka Million 3YO Classic (1600m),” Lowry said.

Wewillrock has now won twice from four appearances, having broken his maiden at Taupo in
October after which he suffered a setback and was third when he reappeared at Rotorua earlier this
month.

“It was a good run last time and he hadn’t raced for a while due to an injury. He cut his leg, but he’s
fine now,” Lowry said.